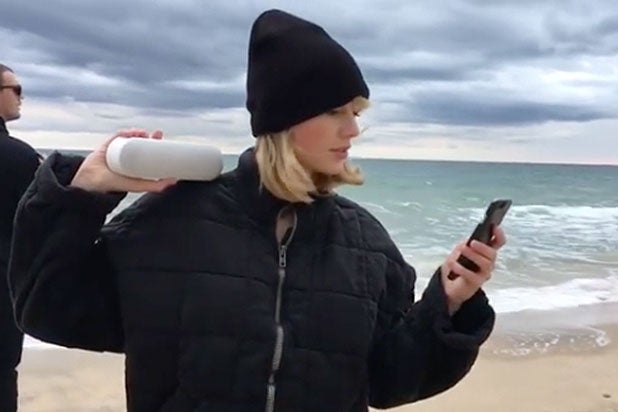 Taylor Swift took part in the #MannequinChallenge with her friends on Thanksgiving Day, taking the viral challenge to a different level by posing on the beach.

The video features Swift, her brother Austin, model Martha Hunt, and Broadway’s “Kinky Boots” star Todrick Hall. The “Shake It Off” singer also posted various pictures from her Thanksgiving celebration, piggybacking on Lily Donaldson’s back or cuddling up with Hunt.

The viral challenge requires participants to stay absolutely still while holding a pose — like, say, a mannequin — usually over Rae Sremmurd’s “Black Beatles” ft. Gucci Mane. Meanwhile someone else weaves in and out of the group capturing the dramatic poses.

The trend is believed to have started in late October with a group of high schoolers from Edward H. White High School in Jacksonville, Florida.

The poses are generally supposed to depict some type of scene that tells a bigger story. Obviously, the more interesting the illustration, the better.

The importance of Rae Sremmurd’s song to the Mannequin Challenge isn’t known, but it’s the song that was used in the original video and people have tended to follow suit.

Social media has been saturated with participants in this latest trend, from Destiny’s Child to the New York Giants football team.