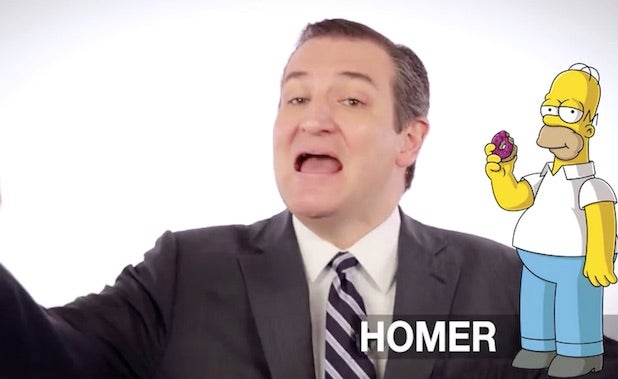 Ted Cruz is lining up a plan B should his White House bid fall short, with an assist from BuzzFeed.

The Texas Senator auditioned for a part on “The Simpsons,” angling to replace the departing Harry Shearer.

“But dad, I’m a vegetarian, I don’t eat animals,” Cruz whined, imitating Lisa Simpson. Next, he stepped into the legendary Homer Simpson’s voice.

Perhaps not surprisingly, Cruz’s most convincing impersonation was Ned Flanders.