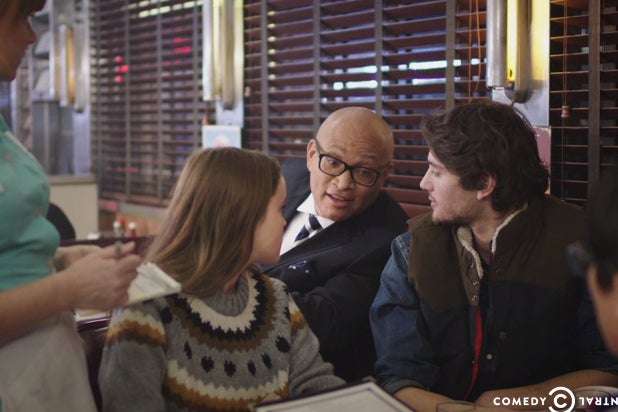 Stephen Colbert‘s 11:30 p.m. replacement Larry Wilmore is gearing up for his new Comedy Central talker, “The Nightly Show,” which kicks off in just over a month. On Tuesday, the cable channel released the first video promo for its latest property, re-introducing the world to the comedian.

In the promo, the former “Daily Show” correspondent interrupts diner snack time to suggest patrons try a new alternative to the normal late-night stuff: The Wilmore.

“It’s about giving a voice to the underrepresented, to the underdog,” Wilmore explains to the camera after a bunch of people either don’t recognize him, don’t care, or just don’t understand.

“I like my coffee like I like my shows …” Wilmore concludes to a waitress at the end of the marketing clip, “with some half and half.”