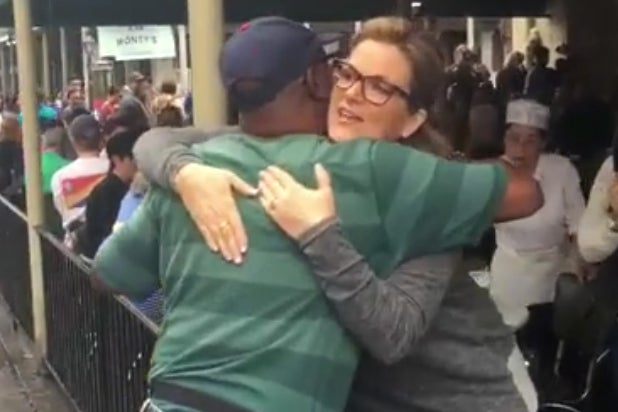 Yearwood was in New Orleans to rehearse for Sunday’s “The Passion,” Fox’s next live musical event after the success of “Grease: Live.”

Set in the modern day, “The Passion,” written by Peter Barsocchini (“High School Musical”), tells the 2,000-year-old story of the last hours of Jesus Christ’s life on earth through a variety of popular music pieces, sung by the cast and arranged specifically for this event by executive producer and music producer Adam Anders (“Glee,” “Rock of Ages”).

Fittingly, Yearwood closed out her live chat (around the 16:00 mark) by having her new friend do a rendition of “Amazing Grace,” first on trumpet and then with his amazing voice.