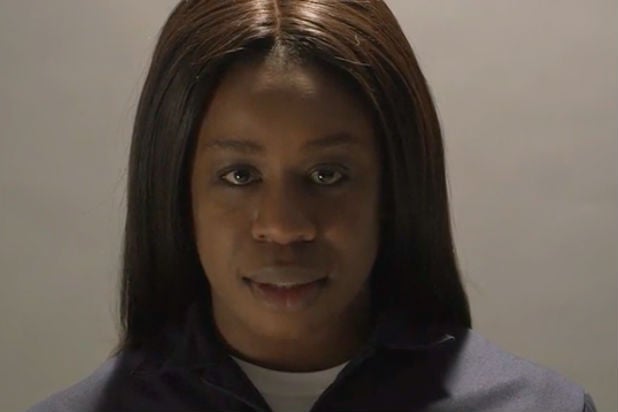 Uzo Aduba is proving her versatility once again, by taking on one of the most famous monologues in movie history — as Hannibal Lecter in “The Silence of the Lambs.”

Aduba, an Emmy winner for her work on Netflix’s “Orange is the New Black” and “The Wiz Live’s” good witch, was tapped for a new video series from Glamour magazine that sees female stars re-imagine iconic film moments delivered by men.

“Role Reversal” has Aduba in Anthony Hopkins‘ prison jumpsuit, rattling off a rather upsetting dinner menu of a census taker’s liver with some “fava beans and a nice Chianti.”

The series also casts Abigail Breslin as Tyler Durden in “Fight Club,” a role originated by Brad Pitt, and “Grandma” star Julia Garner gets the weighty role of Daniel Plainview from “There Will Be Blood,” played by Daniel Day-Lewis.

Women are prominent behind the camera as well — the videos were produced and directed by Cailin Yatsko and Ani Simon-Kennedy of Bicephaly Pictures.

“In a time when women actors complain of the absence of meaty roles to sink their teeth into — and women make up only 30 percent of characters who even get to speak in top-grossing films — Glamour is proud to showcase some of this generation’s most talented young women taking on these memorable roles,” said Glamour editor-in-chief Cindi Leive.

Watch the “Role Reversal” videos below.

Watch this video on The Scene.