Vin Diesel is the star in this continuation of the “ARK: Survival Evolved” franchise, and he plays Santiago, a war chief who’s not afraid to go toe-to-toe with prehistoric creatures to protect his clan. 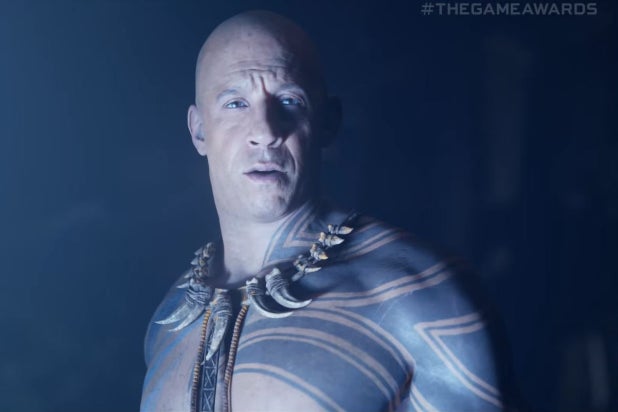 In the cinematic clip, Diesel’s Santiago is leading his clan through the forest when an angry T-Rex shows up and starts snacking on his fellow travelers. Santiago wastes no time defending his people, smacking around some Orc-looking dinosaurs with his tomahawk before putting a spear straight through the T-Rex’s neck. Santiago then escapes down a narrow shaft, carrying his kid, who gleefully blows a raspberry in the raging dinosaur’s face.

“ARK II” doesn’t have a release date yet, but Studio Wildcard said it will share more information about the upcoming title later this week.

This isn’t the first video game Diesel has lent his image and acting talents to — he played Richard B. Riddick in the 2007 game “Chronicles of Riddick: Assault on Dark Athena.” He also played himself in the 2009 “Fast and Furious”-inspired game “Wheelman.”

Fans on Twitter were quick to express their excitement about the game — and, of course, to make memes about it. “‘Fast and Furious 9’ looks wild, dinosaurs and everything,” one fan joked.

Check out the cinematic trailer above, and see some reactions to it below.

Proud to announce, tonight at the TGA’s: