(Major Spoilers ahead from “This Extraordinary Being,” Sunday’s episode of “Watchmen”)

Tucked into Sunday night’s astonishingly good episode of “Watchmen” was a brief reference to one of the most iconic scenes from the comic book miniseries on which the HBO show is based. But while that scene wasn’t actually depicted, on Monday HBO released an image of what it would have looked like.

Before we get to the image, a brief recap: The episode, “This Extraordinary Being,” examines the story of Hooded Justice, the “Watchmen” universe’s first costumed vigilante. In the original comics miniseries by Alan Moore and Dave Gibbons, by 1985 the true identity of Hooded Justice is a mystery. All we know for sure is: 1) Hooded Justice emerged in 1939 and inspired a wave of imitators who then formed a team called The Minutemen; 2) He joined them soon after; 3) Not even the Minutemen seemed to know who he was; 4) He might have been gay; 5) He stopped The Comedian from raping Sally Jupiter, and 6) He disappeared without a trace in the early 1950s.

But in a gripping and merciless exploration of America’s history of racist violence and cultural co-opting, HBO’s “Watchmen” establishes that Hooded Justice was a much younger Will Reeves (played in the show’s present-day by Louis Gossett Jr. and in flashbacks by Jovan Adepo). As a child, Reeves survived the 1921 Tulsa massacre and later moved to New York, where by the late-1930s he became one of the city’s few black police officers.

After discovering (and nearly being killed by) a secret KKK cabal inside NYPD, Reeves creates the Hooded Justice costume in order to fight them without being identified. We also finally see Hooded Justice’s experience in the Minutemen from his own point of view, as he learns that his fellow crimefighters have no interest in saving black citizens.

Throughout the episode, the Minutemen scenes primarily focus on Hooded Justice’s relationship with another member of the team, Captain Metropolis, with the other Minutemen mainly seen as blurry background players. But one scene references an iconic moment from the comics, which the group assembles for their first publicity photo. We don’t actually get to see the photo (or a non-blurry look at the other Minutemen) in the episode, but on Monday HBO released an image of the group modeled on the comics scene. 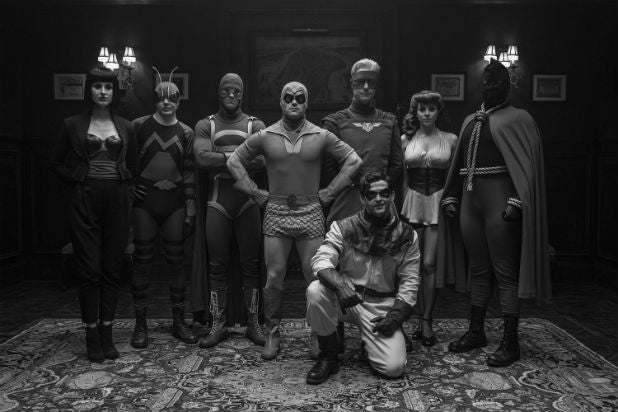 And for comparison, here’s how it looked in the original comic: 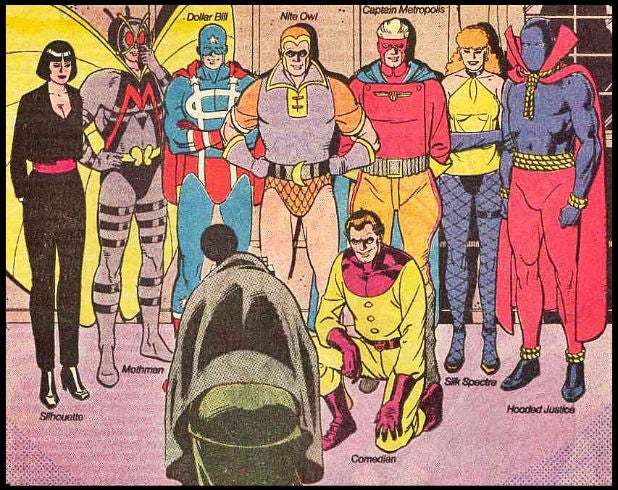 We’ll have to wait until next week to see how this huge reveal affects things for the show’s present day. Until then, read more about how the reveal came together here.