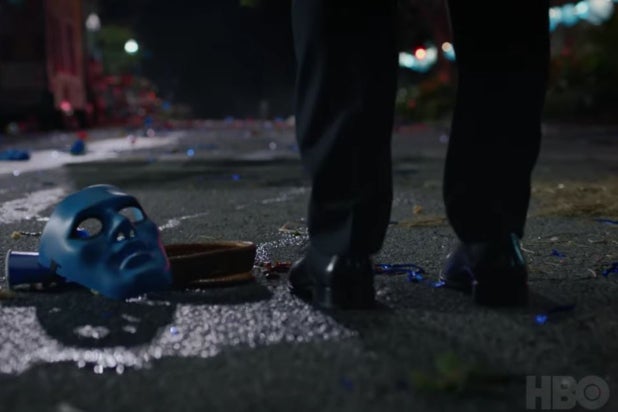 Fans of the Alan Moore’s “Watchmen” comic might have a hard time recognizing Damon Lindelof’s version that will debut on HBO in October. But according to Lindelof, that is the point.

“Whether or not the show feels like it’s ‘Watchmen’ is in the eye of the beholder,” he said Wednesday during the show’s panel at the Television Critics Association press tour. “Some people who have an intense relationship with the source material might say, ‘This feels like ‘Watchmen’ to me,’ [while] others might say, ‘This is an aberration and I wish it never existed.'”

Not much is known about HBO’s take on the famed comic series, except that it will not be a straight retelling of the 12-issue graphic novel series, but rather something new that takes place roughly 30 years later. “It’s canon,” he said. “Everything that happened in those 12 issues could not be messed with. We were married to it. There’s no rebooting happening.”

Instead, the HBO series deals with what that specific world — an alternate 1980s where costumed heroes were prevalent and Richard Nixon was still president — looks like in 2019. For starters, Nixon ended up being president until his death in 1988, who was then succeeded by Gerald Ford. In 1992, Ford lost the election to Robert Redford, who is still president in the “present day” of the TV series.

There’s also a white supremacist group that calls themselves “The Seventh Calvary” running around in Rorschach masks. Lindelof said that gets at the one of the main themes of his series: Appropriation.

Lindelof also described going through “an intense period of terror of f-king it up” when he was crafting the idea for the show. “I had an intense amount of respect for this but at the same time I feel like that respect could impair me from doing my job… I had to separate myself a little bit from this incredible reverence, because if I was too reverent, I wouldn’t be able to do anything that was risky.”

Adapting “Watchmen” has always been a rocky affair. Moore has famously been opposed to any attempts to adapt his work for the screen, which HBO programming president said was still the case Wednesday morning. Lindelof echoed that notion, saying that it still bothers him.

“I don’t think that I’ve made peace with it,” he said. “He doesn’t want to have any association or affiliation with ‘Watchmen’ ongoing, that we not use his name to get people to watch it, which I want to respect… I’ve made personal overtures to connect with him and explain to him a little bit about what we’re doing, and he made it clear that he didn’t want that to happen.”