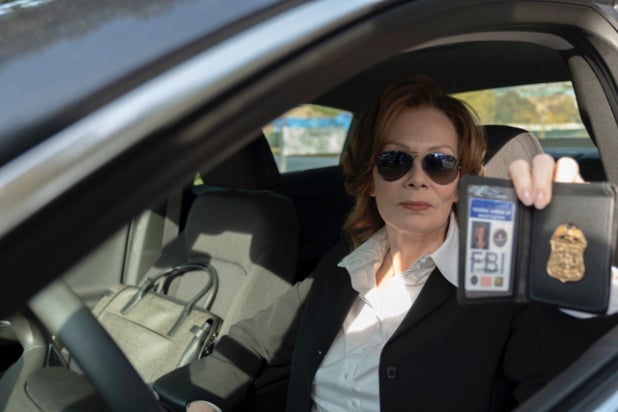 “Watchmen” had no idea how relevant it would become, from correctly foretelling the renewed protests for racial justice in the U.S. to the wide-spread practice of mask wearing.

“It’s eerie, it’s absolutely eerie,” Jean Smart, who was nominated for her role as Laurie Blake on the HBO miniseries on Tuesday, told TheWrap. Damon Lindelof’s adaptation scored 26 total nominations on Tuesday, the most of any program. For Smart, the accolades only underscored the show’s resonance with viewers.

The nine-episode run of “Watchmen” began by going back to the site of one of the ugliest, and mostly untold, moments in American history, the 1921 Tulsa Massacre. It is widely considered to be the country’s single worst incident of racial violence, and one that many, including Smart, weren’t even aware of.

In “Watchmen,” the Tulsa Massacre serves as the start of Will Reeves’ story, after he witnesses the event as a child. Reeves, of course, would go on to assume the moniker of Hooded Justice, the first vigilante in the alternate-reality world of “Watchmen.” The show has been lauded for its inclusion of the event, which had gone largely unknown by the general American public and has taken on even greater resonance in the aftermath of the nationwide protests against systemic racism that have marched on since Memorial Day.

“It was it was quite staggering and humbling to find that out and feel like how could I possibly not known about this,” Smart said. “the only person I knew before that that knew about it was Tim Blake Nelson, because he grew up in Tulsa.” But even then, Smart explained, Nelson said that it wasn’t taught much in the schools. “It was just kind of glossed over.”

In the series, Smart is one of the few to play a character that was from Alan Moore’s acclaimed graphic novel that the HBO series is based on. Lindelof’s version takes place some 30 years after the book’s events. Smart had not read any of the comics growing up, but said that she got “a crash course” in her character Laurie Blake from Lila Byock, who co-wrote her first episode. “She took me out for martinis and gave me a crash course on Laurie and Laurie’s relationships.”

But the hardest part of filming the show came during that very first episode, though it had nothing to do with learning her character’s complicated backstory. “Trying to walk like a normal person because I just had stem cell treatment,” she said. “I was in a lot of pain.”