The voice of Mickey Mouse has been silenced.

Wayne Allwine, who portrayed the famous Disney toon character since 1976, died in Los Angeles Monday from complications of diabetes. He was 62. 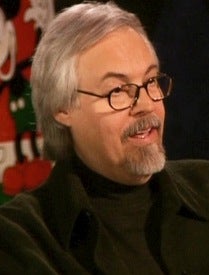 Allwine was only the third person to voice Mickey. He was preceded by Walt Disney himself, who introduced the character in the “Steamboat Willie” short in 1928, Jimmy Macdonald and Allwine, who worked under Macdonald as a sound-effects editor.

Allwine’s wife, Russi Taylor, has been the voice of Minnie Mouse since 1986. The couple were married in 1991.

Allwine started in the Disney mail room in 1966; he worked briefly I Wardrobe, then moved into Audio Post Production. In 1977, he won an open audition for the voice of Mickey, making his debut on "The New Mickey Mouse Club" in 1977. He voiced the character in such featurettes as  “Mickey’s Christmas Carol” and “The Prince and the Pauper.”

In a statement, Walt Disney Co. CEO Robert Iger described a "profound sense of loss and sadness throughout our company" over the death of the man who gave voice to Disney’s most beloved character.”

Among Allwine’s credits as a sound effects editor are such Disney films as “Splash” and “Three Men and a Baby,” as well as “Innerspace” and Star Trek V: The Final Frontier “ for other studios.