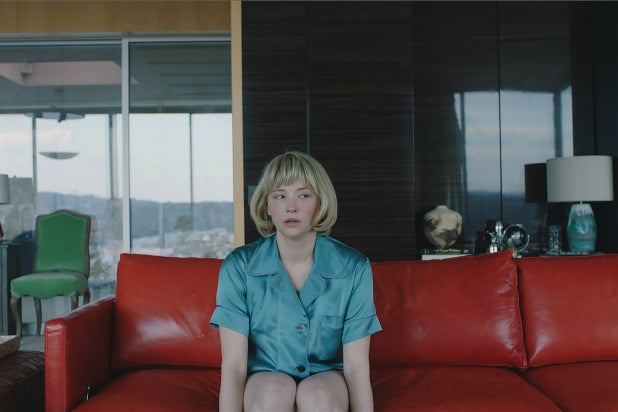 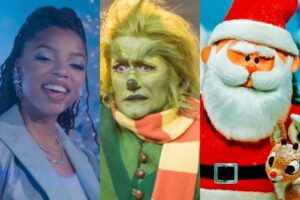 ”There will be competition on the digital platform with first window movies…in the past independent films weren’t competing with ‘Wonder Woman’ at first window,“ IFC Films President Arianna Bocco says

It didn’t take long for big studio filmmakers to push back when Warner Bros. announced on Dec. 3 it would debut its entire slate of 2021 movies concurrently in theaters and on HBO Max — the so-called “day-and-date” plan.

Now leaders in the independent film community are stepping forward to say Warner’s approach — and even a hybrid release model by Disney — raises particular issues when it comes to their films. Art-house producers and distributors worry that the day-and-date approach will inevitably siphon attention away from their films in theaters — which already struggle for attention compared to megabudgeted blockbusters. And that having blockbuster films on streaming platforms make it harder to grab attention there too.

“In the past, if independent films in their first window were day-and-date, they weren’t competing with ‘Wonder Woman’ at first window, they were competing with ‘Wonder Woman’ in a home video window,” Arianna Bocco, president of independent film distributor IFC Films, told TheWrap. “There will be a competition on the digital platform with first-window movies.”

Independent film producer Mynette Louie, whose films include “I Carry You With Me,” “The Tale” and “Swallow,” took to Twitter on Dec. 15 to express her fears about independent films losing out if theatrical releases become less standard for all new movies. “If a film drops on a streamer, does it make a sound? Only a lucky few do,” she tweeted.

Larry Laboe, executive director and co-founder  of NewFilmmakers LA (NFMLA) and president of production for SXM Entertainment, said indies are more vulnerable to the fallout of losing the traditional theatrical debut.

“The theatrical experience is an incredibly special one for collectively viewing movies,” Laboe said. “It’s another window of opportunity for filmmakers, both in the studio and independent worlds, to monetize their content and offer viewers various avenues through which to experience that content.”

Added Laboe, “It’s no secret that most theaters survive on box office revenue from large release movies. This in turn allows for theaters to take a risk from time to time on exhibiting lesser known, newer filmmakers, leading to the discovery of diverse new voices by mainstream audiences.”

Indie filmmakers also worry that any increase in streaming studio movies in the first window, whether day-and-date or streaming-only, may result in fewer theatrical releases in the future across the board. They say the theatrical splash remains more important to independents than it might be for studio films because indies often lack the big stars, big marketing budgets and franchise branding that helps propel recognition.

Louie said that her movies, with budgets typically under $5 million, generally do not debut in theaters owned by major chains such as AMC or Regal. Her film “Swallow” received a day-and-date release, in theaters and VOD on last March. But smaller, quirky films that find a theatrical success at an art-house theater can platform out to larger chains, she said

Louie described “Swallow” as “a cross between a body horror and a character drama and a psychological thriller — it’s kind of a hard movie to distribute,” she said. “A film like that, had it gone straight to streaming, I think it would have just gotten lost.”

The day-and-date plan is not new to the independent film world. It was introduced by IFC Films in 2006, with the combination theatrical release joined with a video-on-demand platform debut. Although Rocco acknowledged the inevitable competition from big studio filmmaking streaming debuts, she also saw a silver lining. “I genuinely believe that with all of this change, which can be upsetting, there will be opportunity,” she said. “I actually believe that theatrical could swing in an opportunistically positive way for independents.  If studios start to go day-to-date and eschew the theatrical, it potentially opens up screens for independents.”

Greg Laemmle, who runs Southern California art-house movie chain Laemmle Theatres with his father, Robert, said Warner’s announcement was perhaps less of a shock to exhibitors of independent films. “We have been dealing with this for a while in the indie world,” he told TheWrap. “Companies like IFC, Magnolia and Amazon have been pushing different windowing concepts for years.”

Added Laemmle, “Possibly indie exhibitors have a little more flexibility in dealing with this, but ultimately we face the same pressures as our major brethren. Anything that siphons off audience members is a challenge.”

For both the majors and the independents, a looming fear seems to be that any shortening of the theatrical window may eventually close the door on the moviegoing experience.

“Every year there are fewer buyers, fewer outlets for content to get out into the world,” said Josh Welsh, president of nonprofit Film Independent, which oversees the annual Film Independent Spirit Awards. “There’s an increase in streaming platforms, but overall the number of buyers is shrinking… it’s going to mean there are fewer places buying content from independent filmmakers and decrease the amount they are going to get.”