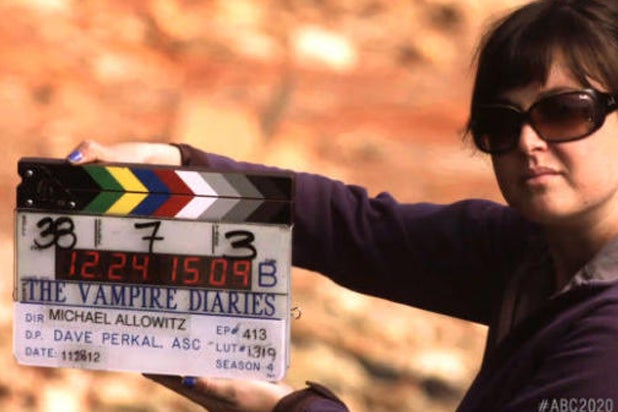 Warner Bros. Television and the production team behind “The Vampire Diaries” have joined forces with the International Cinematographers Guild, Local 479 and SIM Digital to create The Opportunity, an annual internship and job training program dedicated to the memory of the late camera assistant Sarah Jones, the companies announced Wednesday.

Jones, a 27-year-old camera assistant on the feature film “Midnight Rider,” was killed when a train hit her on Feb. 20, 2014 while shooting a dream sequence scene on a bridge above the Altamaha River in Georgia. Several crew members were injured during the incident, as well.

The film’s director Randall Miller, his wife and the film’s producer Jody Savin and executive producer Jay Sedrish were each charged with criminal trespass and involuntary manslaughter following Jones’ death.

Miller pleaded guilty last month in the case that became a rallying cry for production workers demanding safer conditions. He was sentenced to 10 years — two years in jail and eight years probation. The charges were dismissed against Savin, and Sedrish received probation and will not serve jail time.

Recipients of the Opportunity, targeted towards Georgia-based aspiring filmmakers, will receive a paid internship in phase one, job training in phase two, work experience in phase three and membership in a camera guild if the program is completed in its entirety.

“Sarah was a beloved member of our camera crew,” said “Vampire Diaries” showrunner Julie Plec. “Her vivid, delightful personality, extraordinary work ethic, and deep love for the creative and technical aspects of her job made her the kind of artist any production would be lucky to have on the team. Her family at ‘The Vampire Diaries’ is excited to honor her memory by providing opportunities and opening doors for more people like her.”