This is a bummer: Sharan Magnuson, a long-time PR warrior who was part of the team that launched the Fox network and went on to spend nearly a decade at Warner Bros. TV, is stepping away from the business.

Health issues were the motivating factor behind Magnuson’s decision last week to exit her post as senior VP of worldwide publicity for the Warner Bros. TV Group. She’s had four disc-replacement surgeries in the past four years.

Magnuson has decided to concentrate on her health for now. She’s young enough that a return to PR (or some other part of the business) remains a possibility.

Warning: We’re about to get bloggy here, so move on if you don’t want to hear some personal thoughts.

We at MoJoe have been working with Magnuson since we started out writing about TV in the early 1990s. Journalists and PR peeps often have contentious relationships — yes, even trade reporters — but Magnuson always impressed us with her honesty, humor and unfailing optimism.

We also witnessed first-hand Magnuson’s evolution in PR, as she rose from handling promotional efforts on individual series ("Melrose Place," "The X-Files") to coordinating strategies for executives and entire studios. She was just as passionate hyping a storyline on "That 70s Show" as she was spinning how many shows Warner Bros. TV landed on the fall schedules. 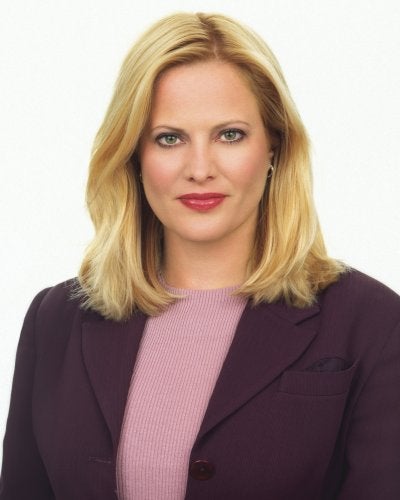 Boss Peter Roth, who brought Magnuson to Warners after having worked with her at Fox, kvelled over his now ex-employee, saying she "has made an invaluable and indelible contribution to our success at Warner Bros. Television.

"Her leadership, talents and relationships working with creative talent, executives and the press, are matched only by her character, selflessness and extraordinary work ethic," Roth added. "She has been a loyal and trusted member of our senior management team for the past decade, and she will be sorely missed by us all.”

For her part, Magnuson — she’s @sharanTV on Twitter — said it was her "good fortune and an honor to work at two amazing studios over the past 23 – plus years.

"I am so grateful to Peter Roth for bringing me to Warner Bros. Television and supporting me throughout my career," she said. "To have played a small role in launching the Fox network was nothing short of amazing. I take with me fond memories and friendships that will last a lifetime."

Here’s hoping Magnuson’s exit from PR is a temporary one.