WDBJ7 reporter Alison Parker’s father has spoken out on the death of his daughter following a shooting Wednesday morning.

“Initially, we had some hope, but I knew in my heart of hearts,” Andy Parker, 62, told The Washington Post. “Alison would have called me immediately to say she was okay.”

Parker, 24, and photographer Adam Ward, 27, were doing a standard live shot with an interviewee at Bridgewater Plaza near Moneta, Virginia, at 6:45 a.m. ET when a gunman opened fire on them live. 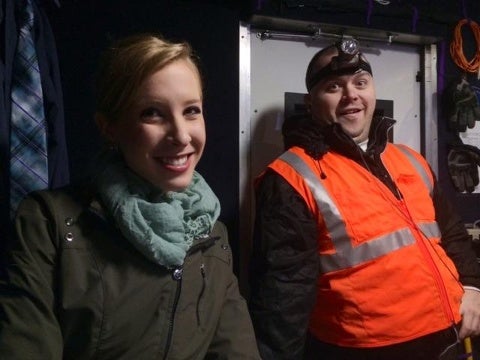 The two were shot to death while the woman being interviewed, Vicki Gardner, was shot in the back but survived, and is in stable condition at Roanoke Memorial Hospital.

Vester Flanagan, the suspect in the shooting and a former colleague of the two journalists, died Wednesday of a self-inflicted gunshot wound after leading police on a car chase, authorities said.

According to the Associated Press, around 40,000 viewers were tuned to the station when the on-air shootings took place live.

“My grief is unbearable,” said Parker’s father in his Post interview. “Is this real? Am I going to wake up? I am crying my eyes out. I don’t know if there’s anybody in this world or another father who could be more proud of their daughter.”

Parker and Ward worked closely together on a daily basis, and both grew up in the area, according to an on-air tribute to the two journalists that aired on WDBJ following their murders. Parker grew up in Martinsville and graduated from James Madison University in 2012, while Ward was born in Salem and was an alum of Virginia Tech University in 2011.

“[Parker] was an excellent journalist,” James Madison’s Brad Jenkins told The Post. “I pictured seeing her on national news one day — she was that good. She had the ‘it’ factor.”

Both Parker and Ward interned at WDBJ before returning as full time employees, and both were involved in romantic relationships with colleagues at the station.

“We didn’t share this publicly, but Alison Parker and I were very much in love,” anchor Chris Hurst shared on Facebook Wednesday. “I am numb. We were together almost nine months… I am comforted by everyone at WDBJ7. We are a family. She worked with Adam every day. They were a team.”

We didn’t share this publicly, but Alison Parker and I were very much in love. We just moved in together. I am numb. We…

Hurst also revealed that Ward was engaged to the morning show’s producer.

On Wednesday, Ott was also celebrating her last day at the station. She had gotten a new job in North Carolina and Ward planned to follow her there.

Congrats to our awesome @WDBJ7Mornin producer Melissa Ott on her new job in Charlotte. We will miss you! ❤️❤️ pic.twitter.com/o2SYtDdO2V

“Adam was a delightful person,” said WDBJ’s Robert Denton in a statement. “He worked hard — you could tell he loved what he was doing. He wasn’t afraid to pitch in and do whatever was necessary for the broadcast. He did whatever was needed with a smile and with grace. He was simply a very nice young man and very professional.”

WDBJ shared behind the scenes photos of Parker and Ward Wednesday following their deaths.

Alison and Adam always had a fun time together. Here are some behind-the-scenes pictures. http://t.co/bglHxG2jXC pic.twitter.com/X74EflXqlz 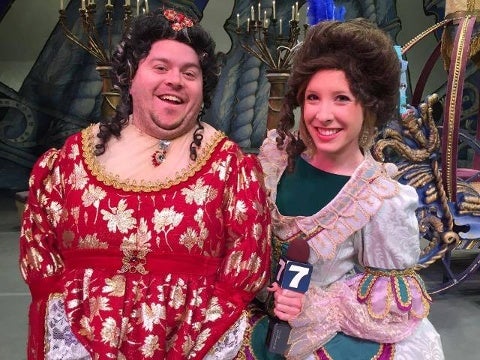