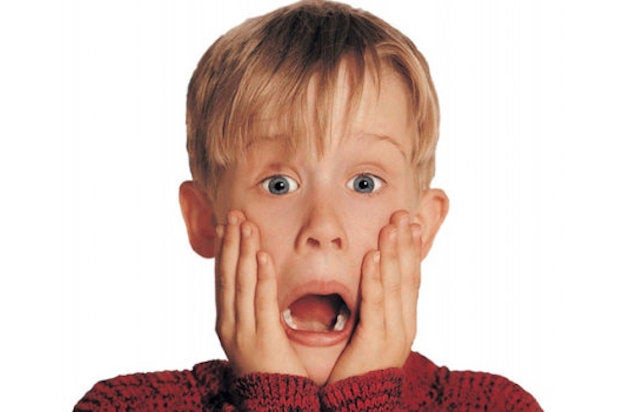 Richard Haas, the president of the Council on Foreign Relations, gave President Donald Trump a failing grade, equating his first 100 days in office to being “the Macaulay Culkin of foreign policy.”

“You have a seriously understaffed government,” the head of the independent think tank said Monday at the annual Milken Institute Global Conference in Beverly Hills. “We basically have the Macaulay Culkin of foreign policy. We have a secretary of defense and a secretary of state who are home alone.”

“We simply don’t get historical input from bureaucracies and you don’t get the careful oversight of implementation,” Haas went on to say. “The world will not put itself on hold as the United States sorts itself out. We have got to get up to speed.”

Haas is one of about 4,000 influential leaders invited to speak at the annual event, what many have likened to a peer review of Trump’s first 100 days in office. Speaking at The First 100 Days–and the Next 1,000 panel, Haas did not mince words, telling the crowd that the Trump administration’s handling of nation security potentially “dangerous.”

“I think we also have to be careful about informality in foreign policy,” Haas warned.  “We’ve seen some evidence of that in the last week or two, the invitation to the leader of the Philippines, the congratulatory phone call and invitation to the leader of Turkey. We’ve got multiple centers of decision making. I think that is a dangerous way, potentially, to conduct national security.”

Trump came under fire on Saturday for inviting Rodrigo Duterte, the Philippines’ authoritarian leader, to the White House. Duterte, who won the election last June, famously said in his final campaign speech: “Forget the laws on human rights.” He also compared himself to Adolf Hitler last September.

“Scapegoating trade and scapegoating refugees and immigration is not going to be the policy solution,” Haas said.