Donald Trump famously called Rosie O’Donnell a “big, fat pig” back in 2006, but as it turns out, he himself may be an inch away from obesity — exactly one inch, in fact.

When Trump appeared on “Dr. Oz” this week to discuss his heath, he gave his height as 6’3. That was in contrast to the 6’2 listed on Google, and Forbes’ “Donald Trump: His Worth, Work, and World,” among other sources.

The inch matters, because Trump gave his weight at 236 pounds. If Trump is 6’2, that weight would make him obese, under U.S. National Institute of Health criteria. If he’s 6’3, he’s only overweight.

A guy who goes around calling others fat probably doesn’t want to be defined as obese.

Can you allow us a moment to editorialize here? None of us want to criticize or make fun of Donald Trump’s weight or anyone else’s. Almost all of us have struggled at some point. But there’s a legitimate question about whether Trump is holding O’Donnell, and perhaps other women, to a different standard than he holds himself. (Republican critics ran an ad earlier this year highlighting his remarks about women.)

There’s also a question about whether Trump is again distorting facts to make himself look better, as he’s been known to do.

So how much does Hillary Clinton weigh, you might ask. We don’t care. Because she never called anyone else fat.

Here’s a picture of Trump next to the 6’3 Jeb Bush. 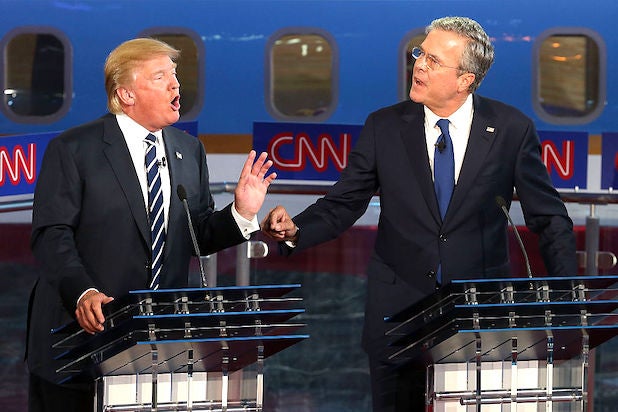 Also Read: Are Trump-Pence's KFC Pics a Dog-Whistle to a Sexist Clinton Joke?

And here you thought an inch was nothing to write about.