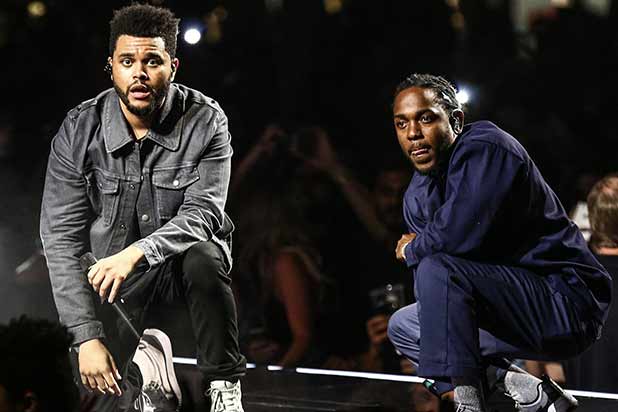 The Weeknd and Kendrick Lamar are being sued for copyright infringement by a Brooklyn-based band who says the duo stole vocals from one of their songs to create “Pray for Me,” which was featured on the soundtrack to “Black Panther.”

Yeasayer, which broke up last year, says they released a song in 2007 called “Sunrise,” which featured “a distinctive choral performance … comprised of male voices singing in their highest registers, with animated, pulsing vibrato, and developed via distinctive audio post-processing.”

In the lawsuit, filed Monday in federal court in New York, Yeasayer says that the duo, along with the song’s producers and record labels, “extracted” their vocal performance and “modified it” before inserting it into “Pray for Me.” Despite that, the group says the vocals are “immediately recognizable” as theirs.

The group says the vocals were used eight times during the course of “Pray for Me” and say the modifications were done “with the intent to conceal the infringement.” Yeasayer is suing for copyright infringement and they are seeking unspecified damages. The group is also asking for an injunction to stop sales and licensing of the song.

You can listen to both songs below.

The Weeknd and Kendrick Lamar have yet to comment on the lawsuit.