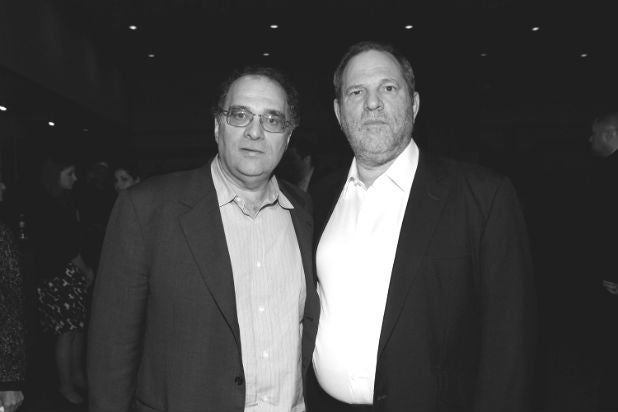 The Weinstein Co. said on Friday it has reached an agreement with buyer Lantern Capital to resolve disputes over the price of the sale and the concerns of the production studio’s unsecured creditors.

TWC said in a release that working with the unsecured creditor’s committee, which represents, among others, accusers of former TWC head Harvey Weinstein, will avoid the need for further litigation, while all creditors that the sale will close.

The companies said the sale price would be reduced to $289 million, cutting the initial $310 million price by $21 million, rather than the $23 million reduction the companies had previously considered.

“The resolution also includes, among other things, Lantern’s agreement to make numerous cure payments for contracts it is assuming in the sale — an issue that was important in resolving the concerns of unsecured creditors,” TWC said in a statement.

The sale is expected to close next week, but is subject to approval by a bankruptcy court following a hearing scheduled for 10 a.m. Eastern on July 11.

Since the court approved Lantern’s bid in May, negotiations have been filled with haggling over the value of the unreleased projects and the Weinstein Co.’s library of films.

“This collective resolution affirms our commitment to closing the transaction,” said Lantern Entertainment co-presidents Andy Mitchell and Milos Brajovic in a statement. “This significant milestone is a very productive and positive step, and we are grateful to be part of the solution.”

Lantern had felt it was paying too much, and that it may have been able to cut out more than even the $23 million the sides agreed to in late June. The banks and other secured creditors, as well as unsecured creditors, however, wanted to make sure there was enough money to go around to ensure they could all recoup losses and damages.

“Lantern has been steadfast in its dedication to consummate this sale as a going concern, with our employees and assets as the core of its business and with Lantern’s commitment to diversity and respect for all,” said the TWC’s board of representatives in a statement.  “We wish Lantern all the best as they embark on the exciting challenge of revitalizing these valuable assets.”

TWC’s library contains 277 features films, though some were used as collateral for previous debt restructuring, so the company doesn’t own those outright. In 2010, ownership rights to 191 films were transferred to an independent fund that yielded less than $1 million in revenue last year.

Filmmakers for some of TWC’s unreleased films objected in court to the rights to their films being included in the asset fire sale.

Producers for the Armie Hammer and Dev Patel-led film “Hotel Mumbai,” and producers for Lin Manuel-Miranda’s “In the Heights” were able to wrestle rights back from the company through court.

“We are delighted that today’s agreement clears the path for this sale to close. Lantern represents the highest and best value to creditors after the competitive bidding process,” said Robert Del Genio, TWC’s chief restructuring officer, in a statement. “We thank Lantern and the UCC for their constructive approach to achieving deal certainty.”