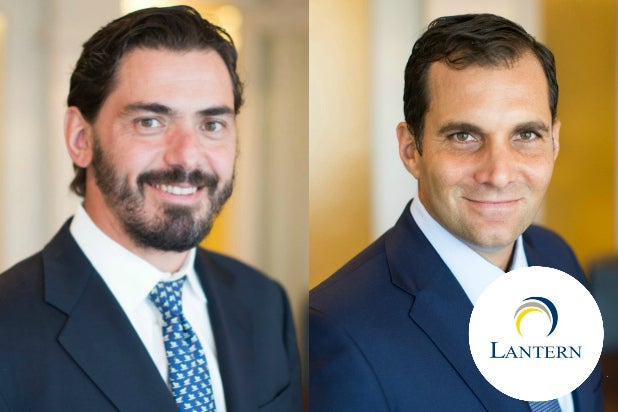 The Weinstein Co. is no more. Last week, the production studio finalized its deal to sell to Lantern Entertainment, handing over the keys to its indie kingdom, including a slate of unreleased films and a handful of employees.

But following more than 30 years worth of accusations of sexual harassment and assault against former boss Harvey Weinstein, from a multitude of women, the company swiftly atrophied into a shell of its former self.

So what did Lantern exactly get out of its purchase?

The company paid $289 million to acquire TWC and its assets out of bankruptcy. It walked away with three unreleased films after haggling with filmmakers and producers over the rights to some of the projects, and a whole lot more.

“The Upside,” a remake of the 2011 French drama “The Intouchables,” starring Brian Cranston, Kevin Hart and Nicole Kidman is arguably the most interesting of the three unreleased films now in Lantern’s possession — it’s expected to be an awards season contender.

Benedict Cumberbach and Michael Shannon film “The Current War,” about the battle between Thomas Edison and George Westinghouse, also landed with Lantern. The film generated buzz when it premiered at the Toronto International Film Festival last year.

Lantern also acquired the supernatural horror flick “Polaroid,” written and directed by Norwegian director Lars Klevberg and based on his 2015 short film of the same name.

Lantern is considering any combination of possibilities for these titles, from selling them off to other studios to releasing them in partnership, a person familiar with the situation told TheWrap.

And then there’s the films that slipped through Lantern’s fingers: Producers for “In the Heights,” based on the Broadway play by Lin Manuel-Miranda and Quiara Alegría Hudes, won back the rights to the film, which found a home at Warner Bros.

And Lantern sold the rights to the Armie Hammer and Dev Patel film “Hotel Mumbai” back to the producers.

But in its deal, Lantern did buy TWC’s library of 270 films, which have won a combined 28 Academy Awards and generated more than $2 billion in worldwide box office.

“The King’s Speech,” “The Artist,” “Inglourious Basterds,” “Silver Linings Playbook,” “The Hateful Eight,” “Django Unchained,” “Children of the Corn” and many more in what is now Lantern’s library should prove valuable as many are considered cinema classics.

When it comes to TWC’s TV properties acquired by Lantern, the biggest of those, “Project Runway,” was picked up by NBCUniversal’s Bravo network after being nixed by Lifetime.

TWC’s embattled bankruptcy led to a couple networks taking steps to distance themselves from the production company. Viacom’s Paramount network cut ties with TWC altogether, scrubbing the studio from the credits of “Waco” and “Yellowstone,” both of which TWC produced.

Amazon took complete ownership of Matthew Weiner’s “The Romanoffs,” which it was developing with TWC. That show will hit the streaming service later this year without any involvement from TWC. And then there was a David O. Russell project, that had been given a two-season order by Amazon, and was later scrapped entirely in October.

Lantern is still currently working out of the old TWC offices in New York and Los Angeles, according to a person familiar with the new combined company. But Lantern is looking for new office space and would likely keep a home base in both cities.

On July 11, in preparation for the Lantern deal, TWC fired its remaining 70 employees, two-thirds of whom were hired back by Lantern to work under the new banner.

The same week, Lantern tapped industry veterans Steve Beeks, Alexa Platt and Lauren Zalaznick to consult for the company as it looks to revive the film studio.

In a statement after the deal closed, Lantern said its goal is “to be one of the preeminent homes for creative talent with an unwavering commitment to compelling content creation and a culture of diverse professionals who will operate this company with the absolute highest level of ethics and standards.”

As to whether the company will fully restore the prestige, box office grosses and awards of TWC’s heyday,  that’s a question that can only begin to be answered in a few years.