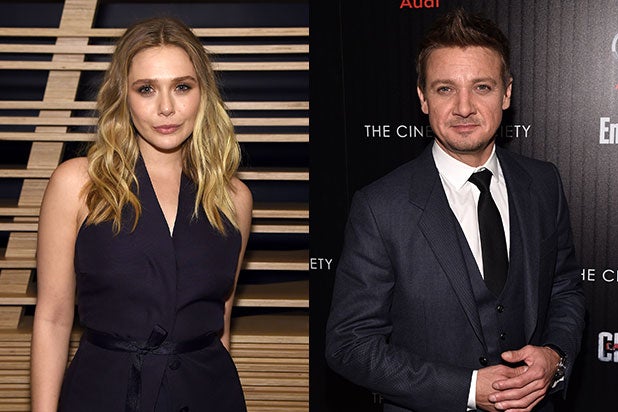 The Weinstein Company has picked up the U.S. rights to “Wind River,” the directorial debut for “Sicario” screenwriter Taylor Sheridan.

Renner and TWC are also collaborating on this year’s “The Founder” about McDonald’s Ray Kroc, costarring Michael Keaton.

“Wind River” is about a rookie female FBI agent (played by Olsen) who teams up with a veteran and local game tracker (Renner) to investigate a murder on a Native American reservation.

“We’re thrilled to be working again with Jeremy Renner, who also produced our upcoming summer film ‘The Founder,’ and this time in front of the camera with Elizabeth and the entire cast on Taylor’s incredible directorial debut,” TWC co-chairman Harvey Weinstein said in a statement. “From what I’ve seen from Taylor’s work, he’s one hell of a director.”

Sheridan’s writing credits include last year’s “Sicario,” for which he received a WGA nomination for Best Original Screenplay. His upcoming project includes “Hell or High Water.”

Star Thrower Entertainment is executive producing along with Riverstone Pictures and The Fyzz Facility. CAA is handling domestic sales; Insiders and Voltage are selling the film internationally and co-financed the film.

The deal was negotiated by David Glasser, James Allen and James Gold for TWC.