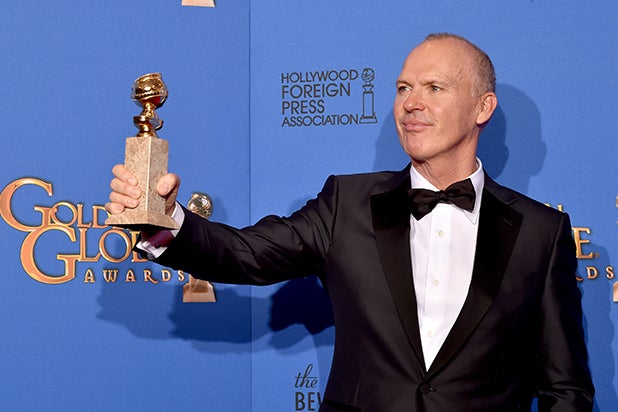 In a competitive situation, the Weinstein Company has closed a deal to acquire “The Founder,” which is set to star Michael Keaton as McDonald’s founder Ray Kroc, multiple individuals familiar with the bidding war have told TheWrap.

John Lee Hancock will direct from a script by Robert Siegel, and FilmNation is producing with Jeremy Renner and Don Handfield’s company The Combine.

Described as being in the vein of “The Social Network” and “There Will Be Blood,” the drama is expected to have all the makings of a strong awards contender that could return the Weinstein Company to Oscar glory.

Chronicling the rise of McDonald’s fast food empire, “The Founder” tells the true story of how Illinois salesman Ray Kroc met brothers Mac and Dick McDonald, who were operating a hamburger restaurant in southern California in the 1950s. Kroc subtly maneuvered himself into a position to take control of their company, which grew into one of the world’s best-known brands after he bought the chain for $2.7 million in 1961.

Keaton is a hot commodity in Hollywood after his powerhouse performance in “Birdman,” which earned him a Golden Globe award as well as an Oscar nomination. He’s currently preparing to shoot Legendary’s “Skull Island” with Tom Hiddleston and J.K. Simmons.

Representatives for The Weinstein Company did not immediately respond to a request for comment.