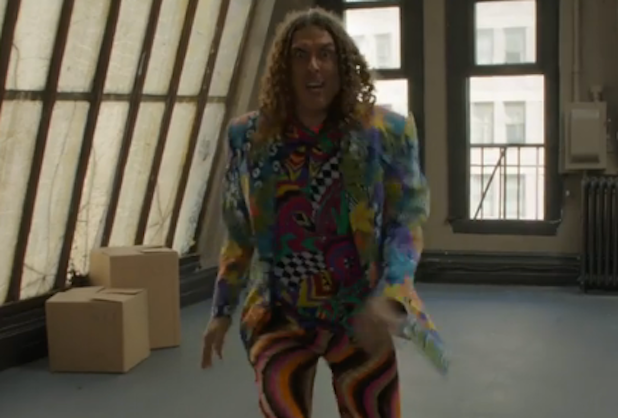 Weird Al is back, and he still knows how to rhyme.

The musical comedy mastermind is releasing a new album — his last on a long deal with RCA — and with it, a music video every day, for eight straight days. It’s like Hanukkah but with fun, largely innocuous parody songs for every gift.

That would be an awesome Hanukkah, for the record.

First up is “Tacky,” a spin on Pharrell’s ubiquitous tune “Happy,” with a music video that co-stars Aisha Tyler, Margaret Cho, Eric Stonestreet, Kristen Schaal and Jack Black. The song contains an impressively thorough list of awful everyday things that people do in this year 2014, so don’t confuse the lyrics for suggestions on how to behave.