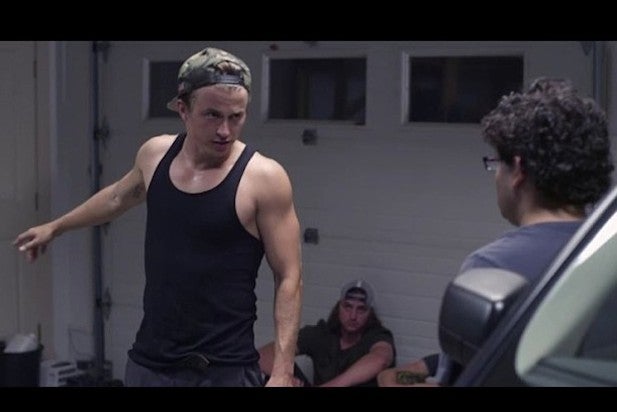 Well Go USA has acquired all U.S. rights to John Stockwell’s drug drama “Kid Cannabis” and plans to release the film in theaters and on VOD in the second quarter of this year, TheWrap has learned.

An individual familiar with the project tells TheWrap that Well Go USA has its eye on an April 18 release date to take advantage of the counterculture holiday 4/20 — the day when people around the world celebrate (and consume) marijuana.

Based on Mark Binelli’s 2005 article in Rolling Stone, “Kid Cannabis” is the true story of Nate Norman (Brown), an Idaho teen dropout who builds a multimillion-dollar marijuana ring by trafficking drugs across the Canadian border. But his pursuit of the high life – complete with girls, guns, and vicious rival drug lords – gets this ex-pizza boy and his delinquent pals in over their heads.

“Kid Cannabis” was produced by Gordon Bijelonic Films and Wingman Productions in association with Imprint Entertainment.

“We were drawn into this true story by the compelling characters and how their decisions have long term implications,” said Doris Pfardrescher, president of Well Go USA. “John Stockwell has an incredible understanding of youth culture as seen in films like ‘Cheaters’ and ‘Blue Crush,’ and we look forward to working with him on this unique film.”

“Ever since I read the Rolling Stone article on Nate Norman I was fascinated by the story. I’m glad we were able to bring the article to life,” added Bijelonic.

While a new trailer for “Kid Cannabis” is expected to be released soon, you can watch the teaser trailer below, or on the film’s official site  www.KidCannabis.com.