Writers Guild of America West President John Wells warned senators on Thursday morning that the proposed Comast-NBC Universal deal would create a media “superpower” and give too much control to a few multinationals.

Without safeguards, he told the Senate Commerce Committee, Comcast would be in a position to limit consumers' ability to get TV shows over the internet for free, cut back on news, and raise cable prices. 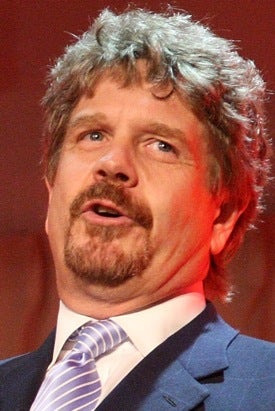 The hearing is the fourth and last on the deal by Congressional committees. The deal needs approval from the Justice Department on antitrust issues and from the FCC on public-interest issues.

Wells called on regulators to require a quarter of primetime programming on Comcast and NBC be devoted to independent programming and also to impose net neutrality guarantees.

Wells’ comments were among several at the hearing that indicated the $30 billion merger could face some serious regulatory and antitrust opposition.

Sen. Maria Cantwell, D-Wash., flatly announced opposition to the deal, and there were signals from a top Justice Department official that the review could be intensive.

Christine Varney, assistant attorney general for antitrust, made it clear that Justice has gone through changes since  the Bush era, and its review of any deal will be far more comprehensive.

“I can assure you there is no rubber stamp at the Department of Justice,” she said.

While generally declining comment on specifics in the Comcast deal, under questioning by Sen. John Kerry, D-Mass., Varney said one area that would be examined closely is internet video impacts.

Consumer groups, some Comcast competitors and Wells have suggested the deal would hurt budding cable competition from video on the web and potentially lead to internet video being made available only to cable subscribers.

“We are very concerned about the role the internet can play as an active competitor to lower prices,” said Varney. “In any action where there is an aspect of the internet providing significant competition, we will look at that.”

Wells said writers have “grave concerns” that the deal would further consolidate programming power in the entertainment industry.

“In the last several years, we have seen the country go from dozens of media suppliers to a handful,” he said. “The reality is a handful of multinationals control what consumers watch.”

Wells said the deal would create a "superpower" that could dominate TV.
"This new media power could in effect deny consumers the ability to select channels, through its marketing practices of bundling channels, channel positiong and tier placement," he said.

Cantwell said limits that NBC imposed on Olympics video from the web and from Canadian broadcasters increased her concerns about the deal.

“I can't support this merger,” she said.

Other senators expressed concerns that the combination would increase cable rates.

On the other side, Comcast chairman-CEO Brian Roberts told the senators that the deal “would be good for consumers, innovation and competition” in the industry.

Under vigorous questioning from Sen. Claire McCaskill, D-Mo., Roberts said he would have “no problem” if the deal inspired similar acquisitions by rivals like Time Warner buying ABC and possibly Dish Network buying CBS.

Federal Communications Commission chairman Julius Genachowski said the FCC is just beginning its own “public interest” review of the deal and to ask for formal public comment before proceeding much farther.

Reviews on the deal by the various government agencies are expected to take through late this year.