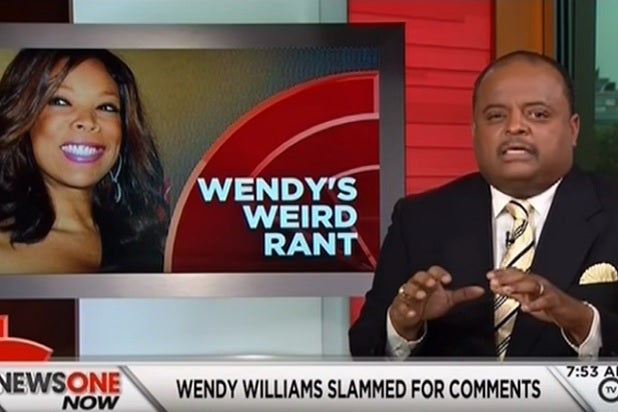 “If you actually bothered to read a book and not gossip magazines, you might know these things,” Martin said on his TVOne news program. “Wendy let me help you out. When you’re on TV and have no idea what you’re talking about, shut the hell up. Don’t open your mouth. Don’t embarrass yourself. Because you sound silly.”

Also Read: Roland Martin Will Educate Wendy Williams About Race on Her Own Show Thursday

“His speech was very poignant,” Williams said on her show. “On the other hand, I would be really offended if there was a school that was known as a historically white college. We have historically Black colleges. What if there was the National Organization for White People, only? There’s the NAACP.”

Martin began his takedown of Williams by giving a little history lesson about the NAACP before pivoting to HBCUs.

“One of the reasons you don’t have historically white universities is because we just simply call them universities,” he said. “The fact of the matter is you can go around the country and you will see universities, Wendy, that are 70, 80, 90, 95 percent white.”

Martin also cited a statistic that one in four students at HBCUs are not black. Martin cited Bluefield State University in West Virginia and Lincoln University in Pennsylvania as examples.