The Westfield Century City Mall was cleared by police to be “open for business” Friday night following a lockdown for several hours as police investigated reports of a possible gunman and a suspicious package.

Most stores remained closed into early Friday evening and the mall didn’t initially allow patrons to return. But some businesses began to reopen, including the mall’s AMC theater, which reopened to approximate 100 customers, an AMC employee told TheWrap.

The package was determined to be a smoking and smoldering box of florescent lightbulbs, according to Robert Marino, assistant commanding 0fficer of LAPD’s West Bureau. No injuries were reported, and police found no evidence of a gunman. Marino said police were looking for a “person of interest possibly connected” to the incident.

The first report of a possible gunman came around 12:42 p.m. During their search, officers were directed to “a suspicious package located inside the Amazon store,” police said in a tweet. They called in the bomb squad and firefighters “in an abundance of caution,” police said.

Los Angeles Fire Department assistant chief Jamie Moore said the suspect was last seen at the Amazon store, where he is believed to have left the package and tried to set it on fire. Moore said the package began to smoke, but that it was contained by sprinklers.

Authorities then deployed robots to check on the mystery package.

People were held in place all over the mall during the lockdown. The mall’s Hollywood ties include frequent film screenings at the AMC Theater at the location.

Tensions were unusually high Friday because of the mosque shootings in Christchurch, New Zealand that claimed 49 lives.

Former Florida gubernatorial candidate Andrew Gillum was among those at the mall. He tweeted that he was in Los Angeles for an appearance on “Real Time With Bill Maher” and was “currently in a secure location.” He also said there was a “reported active shooter situation,” though police said that was not the case.

Will Armstrong, a public relations executive at Armstrong Public Relations, was sitting down to lunch at a Tender Green’s restaurant with his two nieces when they heard an alarm. He said 50 to 60 people at the restaurant sought shelter.

“It was packed, there was music, it was awesome,” he said during the lockdown. “We sat down to have lunch and then the alarm went off and one of the women who worked at the restaurant said to come inside. We’re now hiding in the bathroom. Some people are hiding in the kitchen.”

He said he saw four or five police officers with assault rifles canvassing the area. He provided the following video of people at the restaurant, checking their phones for updates and hoping for an all-clear:

Here are photos from outside of the mall: 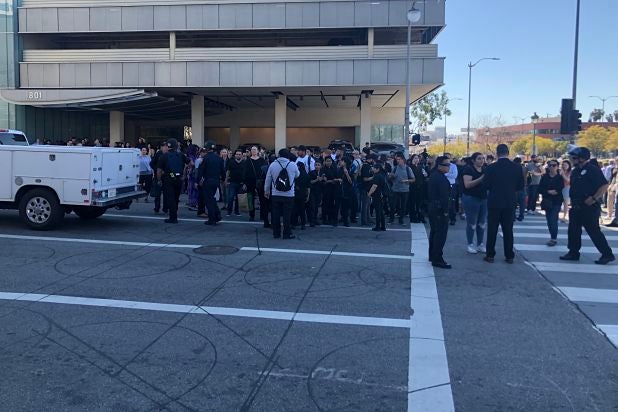 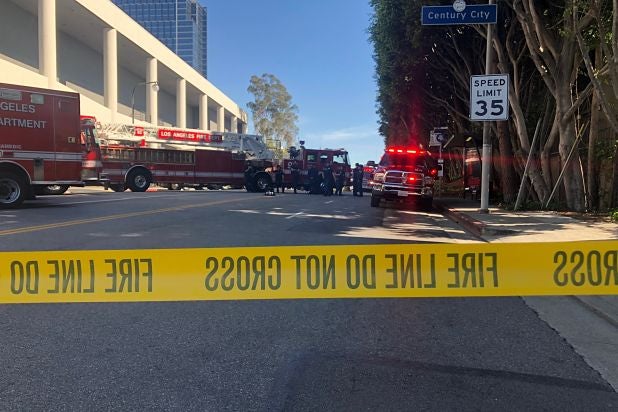 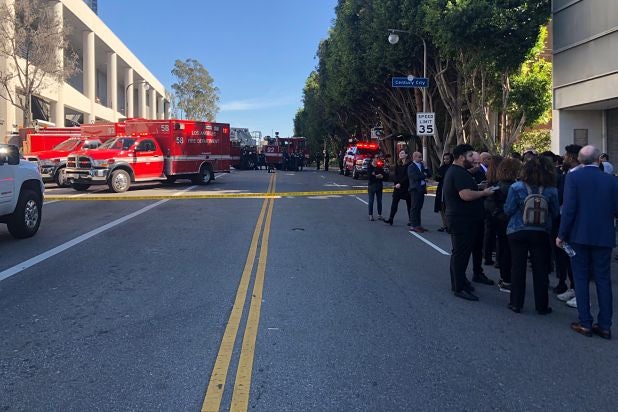 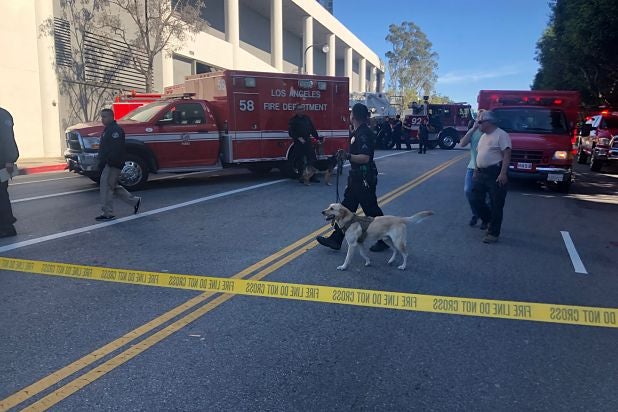 Margeaux Sippell contributed to this story.