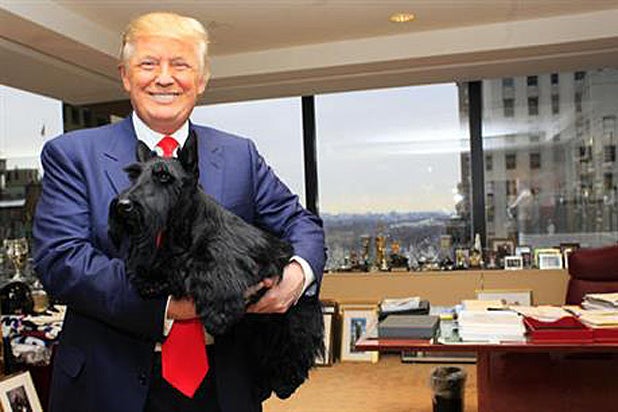 Since 2010, the Best in Show premiere pooch has trotted over to Trump Tower to lap up the attention from Trump and his minions as part of their victory lap after receiving the winning ribbon at Madison Square Garden.

However, President Trump is now based in Washington, D.C., at the White House and the furry tradition may have gone to the dogs.

“He’s a New York City institution and has always been a wonderful supporter of the show,” Westminster Kennel Club President Sean McCarthy said of Trump, according to the Associated Press. “We hope Donald continues the tradition and invites the best in show and the agility champion to the White House.”

The White House didn’t respond to the AP’s request for comment as to whether the tradition would continue, but as Trump is now focusing on politics over posing with pooches, it seems unlikely.

Sadie the Scottish Terrier was the first Westminster winner to have a meeting with The Donald in his glittering Manhattan tower, and Miss P the beagle, Banana Joe the affenpinscher and Hickory the Scottish deerhound all followed in her paw steps.

“President Trump was very welcoming to both me and Miss P,” the beagle’s handler, Will Alexander, said of their 2015 meeting. “We spoke of mostly sports and dogs.”

“The whole time he was holding her in his arms. She even left beagle hair on his black suit and it didn’t faze him,” he added.