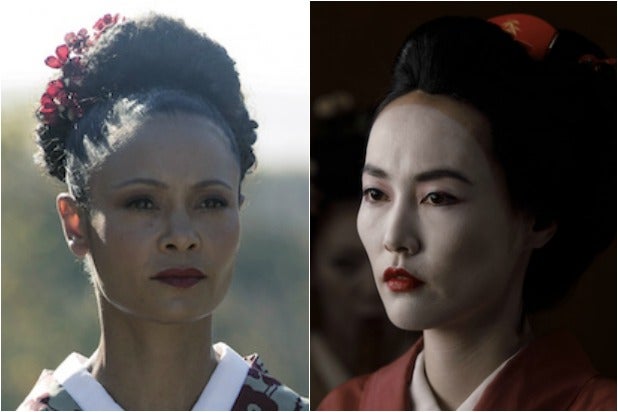 HBO
We finally got a glimpse of Shogun World in "Westworld," and the idea to mash up the two universes isn't just a coincidence. There's a long history of Westerns borrowing from samurai cinema and the other way around. Japanese filmmaker Akira Kurosawa studied the work of director John Ford, which, in turn, led to many of Kurosawa's movies to be remade as Spaghetti Westerns. The cowboy and the samurai are each lone wanderers in a lawless world, so a crossover of themes is plausible. Here are 10 instances in which the West met the East. 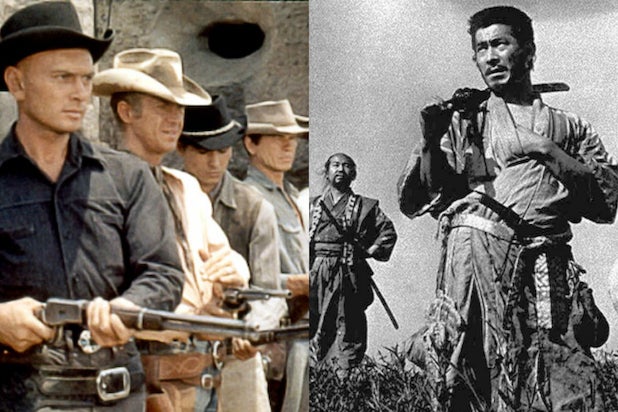 United Artists/Toho Company
"The Magnificent Seven" (1960) and "Seven Samurai" (1954) Kurosawa's landmark film, "Seven Samurai," was highly influential on modern action cinema, but its most direct descendant was John Sturges' "The Magnificent Seven," starring Yul Brynner, Steve McQueen, Charles Bronson and Eli Wallach. The film is a remake, but its representation of American ideals of heroism and underdog spirit have propelled it to become its own classic. 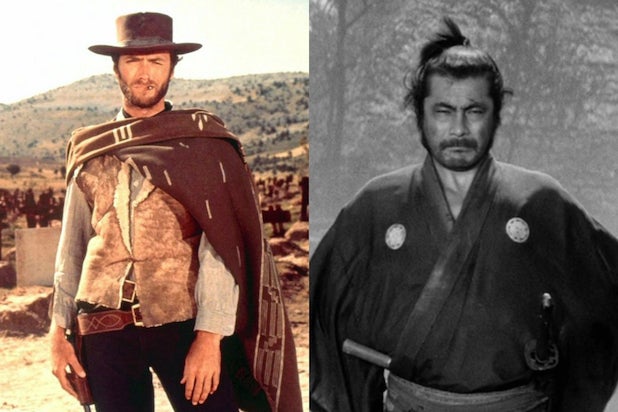 United Artists/Toho Company
"A Fistful of Dollars" (1964) and "Yojimbo" (1961) Another Kurosawa remake, "Yojimbo" is about a mysterious, quiet and lone ronin who wanders into a small town and fights to end the warring between two rival gangs. And "A Fistful of Dollars," Sergio Leone's unauthorized remake, is literally the same thing. Clint Eastwood's scowling menace is to just about any Western what Toshiro Mifune's crazed intensity is to samurai movies. "Yojimbo" would also get a sequel, "Sanjuro," as would Eastwood's "Man With No Name" series in "For a Few Dollars More" and "The Good, The Bad and the Ugly." 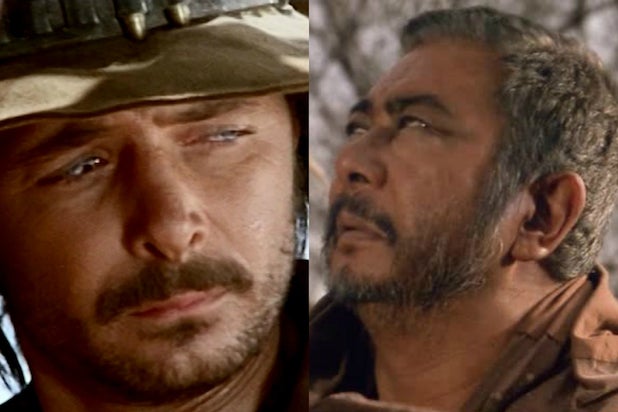 Twentieth Century Fox/The Criterion Collection
"Blindman" (1971) and "Adventures of Zatoichi" (1964) Zatoichi is one of Japan's longest running samurai characters -- a blind warrior originally played by actor Shintaro Katsu -- who appeared in a total of 26 films and a subsequent TV series. The Spaghetti Western "Blindman" is likewise about a sightless hired gun inspired by the Zatoichi character. And the 17th film in the Zatoichi series would be directly remade as the Rutger Hauer action movie "Blind Fury." 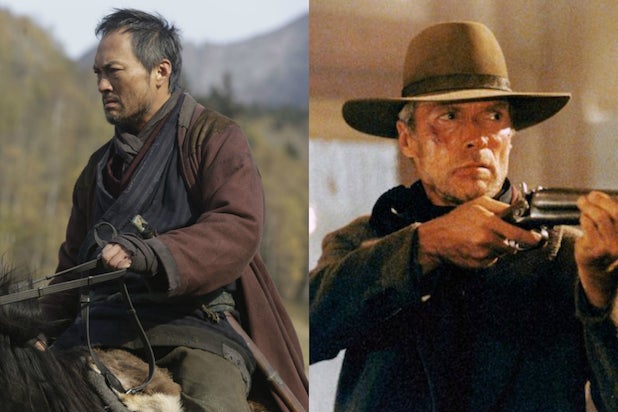 Warner Bros.
"Unforgiven" (1992) In 1992, Clint Eastwood deconstructed the genre that made him famous with "Unforgiven," a Western about a gunslinger forced to face his murderous past. Twenty-one years later, Lee Sung-il and Ken Watanabe turned "Unforgiven" into a samurai tale with the saga of an infamous warrior who wants to live in peace as samurai are apprehended in 19th century Japan. 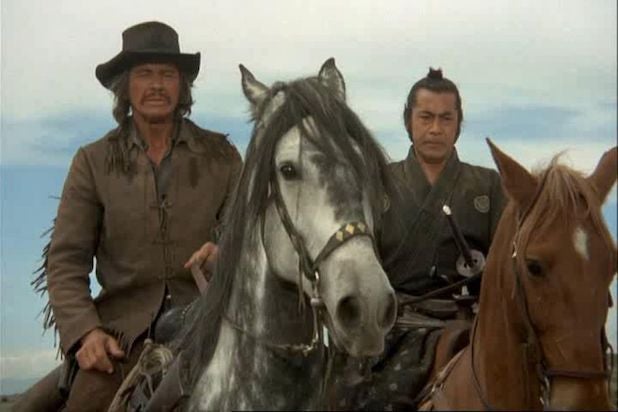 National General Pictures
"Red Sun" (1971) Toshiro Mifune put forth one of his most famous performances in "The Seven Samurai," as did Charles Bronson in that film's remake, "The Magnificent Seven." "Red Sun" saw both actors -- and both genres -- collide, as an outlaw is forced to team up with a samurai to help recover a Japanese ambassador's gift from bandits who left the outlaw for dead. 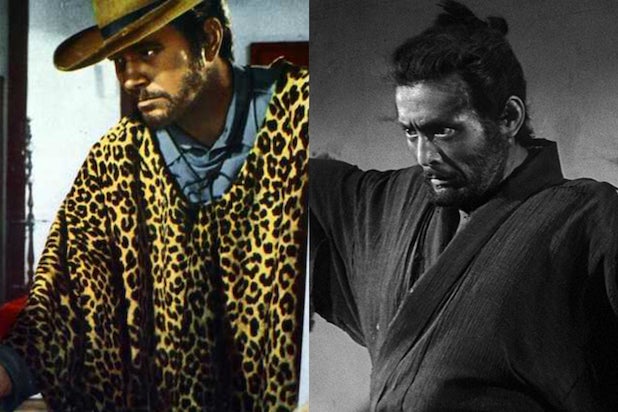 Paradise Film Exchange/Signal International
"Requiem for a Gringo" (1968) and "Harakiri" (1962)  Masaki Kobayashi's samurai classic is about an elder ronin who wishes to find an honorable place to kill himself. The Spaghetti Western is more gory and psychedelic, but is loosely based on "Harakiri." 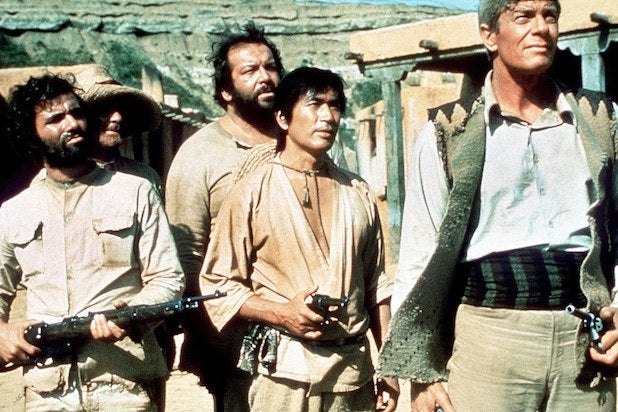 MGM
"The 5-Man Army" (1969) In this Spaghetti Western, Tetsuro Tamba plays a samurai who turns tricks and joins a posse of bandits that intends to rob a train filled with gold that's heading across the Mexican border. 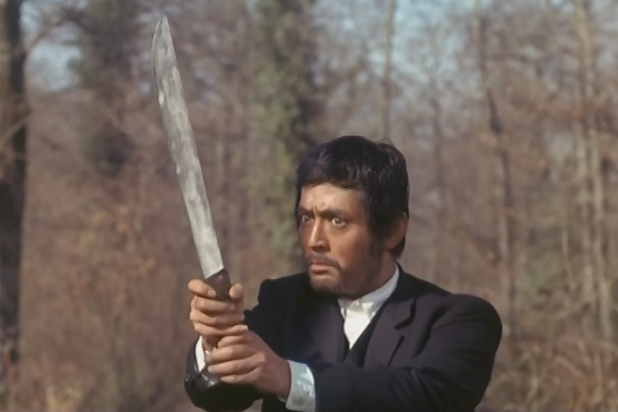 Cinerama Releasing Company
"Today We Kill, Tomorrow We Die!" (1968) "Seven Samurai" star Tatsuya Nakadai shows off his skills with a machete instead of a sword as villain James Elfego, the leader of the Comanchero gang, in this Spaghetti Western. 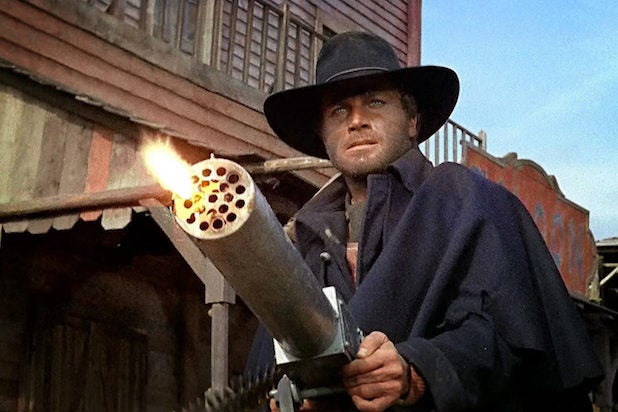 Anchor Bay Entertainment
"Django" (1966) While not a direct remake of "Yojimbo," the Spaghetti Western classic "Django" starring Franco Nero is another story of a lone gunslinger taking on two warring gangs. 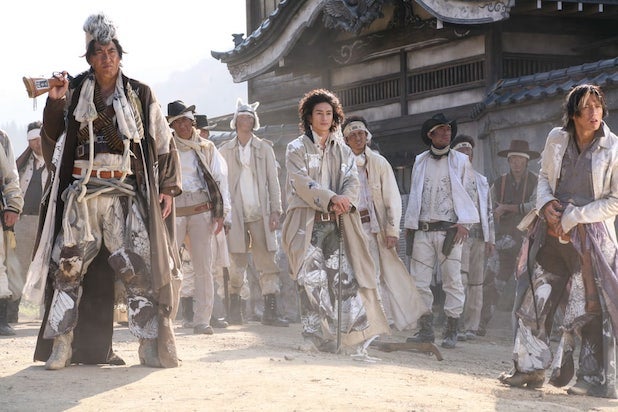 First Look International
"Sukiyaki Western Django" (2007) Takashi Miike's stylized samurai action movie is a stylized, East meets West homage to Spaghetti Westerns that even stars Quentin Tarantino -- who has borrowed liberally from both Westerns and Japanese cinema in his own films -- in a small role.
x
Looks like you're enjoying reading