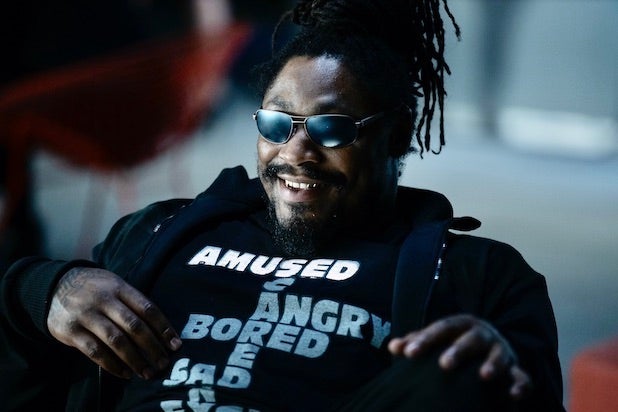 In a time when there are no sports to bet on due to the coronavirus pandemic, Bovada gamblers are wagering en masse on HBO’s “Westworld” Season 3, the popular online sports book told TheWrap.

“With the North American sports schedule coming to a halt, we are looking for some out of the box ideas to maintain engagement with our players,” Bovada’s head oddsmaker, Pat Morrow, told TheWrap. “One of the most popular betting markets in 2019 was the final season of ‘Game of Thrones.’ So it only made sense to make props on the show taking over its time spot, ‘Westworld.’ So far the response from our players has been great with the market of ‘Who is controlling Charlotte’ seeing the most action so far. This is a test run for us to see if there is interest in this particular TV show. If the current betting trend continues, we will be offering props weekly similar to what we did with ‘Game of Thrones.'”

Below are some of the top “Westworld” Season 3 prop bets on Bovada. TheWrap can exclusively report how much of the action has been wagered on each option within those props — those are the listed percentages.

Also Read: 11 Major Questions We Have After the 'Westworld' Season 3 Premiere

As you can see, right now Hosts Bernard (Jeffrey Wright) and Dolores (Evan Rachel Wood) have the same (long-shot) odds to die next with new characters Ash (Lena Waithe) and G (Marshawn Lynch) tied as the frontrunners in that category. And, as Morrow told TheWrap, betters are *very* interested in finding out which Host from Season 2 is currently occupying the Charlotte Hale (Tessa Thompson) Host’s body, with both Teddy (James Marsden) and the real Charlotte still being in the Hale body, coming in as less popular bets than “Other.”‘

Another “Westworld” Season 3 prop bet Bovada customers are wagering on is the question of which illegal job construction worker Caleb (series newcomer Aaron Paul) will accept next on RICO, an app which offers for-hire crime opportunities in exchange for the chance to make a quick buck. Right now, the leading odds are on a simple “A to B” gig and the long-shot is a “Red Rum” job, which, means, well you know what that spells backwards.

And finally, there’s the chance to wager on which of multiple phrases that NFL player Lynch uses in real life will be said first by his character G, including options like “Beast Mode,” “Boss” and “I’m (Just) Here So I Won’t Get Fined.” But, sadly, the best odds has him saying none of his catchphrases.

From Episode 2 onward. Live shots only. Must have a visual confirmation from RICO app on-screen or market will be deemed void.

If it is not determined by the Season 3 finale then all wagers will be deemed void. Bookmanager’s decision is final.

Also Read: 'Westworld': Aaron Paul on Caleb's Instant Bond With Dolores and the Mystery of Francis

Even if the first character to perish is revived as a new Host or otherwise, the original outcome will stand. Bookmanager’s decision is final.

All wagers have action. Applies to All Episodes from Season 3 only.

Also Read: 'Westworld': Which Host Is in Charlotte Hale's Body?

According to Morrow, “Westworld” is currently Bovada’s most bet on TV show, but the action is “still relatively small compared to betting on a sports game.”

He qualified this week’s action on “Westworld” overall as about the same amount Bovado would see on an NFL prop for a game, like “Team to score first.”

“TV betting as a whole has seen about an 18% increase compared to last year,” Morrow told us. “We believe that this is because there is a desire form the players to continue to be able to wager and the expanded offering we have been offering on TV betting props.”

Over on rival BetOnline.ag, the hot action is on CBS’ “Survivor,” we’re told, which is reaching series-record levels of wagering. (That’s not to say “Survivor” is the now the most heavily bet reality show, it’s now right around “America’s Got Talent” numbers on BetOnline.)

Also Read: 'Westworld' Creators Give Us Insight Into Incite and Dolores' Plans for (Real) World Domination

In addition to a lack of sports, gamblers are finding fewer and fewer avenues for action.

Casinos in Atlantic City, NJ were all closed on Monday night by order of Gov. Phil Murphy. On Tuesday, Nevada Gov. Steve Sisolak ordered the statewide shutdown of all casinos, including those in Las Vegas, and other nonessential businesses starting Wednesday at noon.

Isolation TV Guide: The Most Binge-Worthy Shows on Every Streaming Service (Photos)

From “Love Is Blind” to “Westworld”

Have you, like so many of us,found yourself doing an absurd amount of binge-watching during isolation? And yet, do you find yourself struggling to find a decent thing actually worth watching? Well, here is TheWrap's list of the five most binge-worthy original series from the major streamers, including Netflix, Hulu, HBO, Disney+, Apple TV+, Showtime, and Amazon.