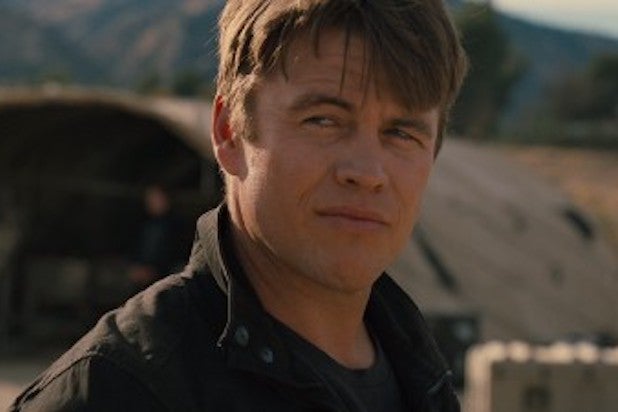 (The mother of all spoiler alerts: Please do not read ahead unless you’ve seen the “Westworld” Season 2 finale, “The Passenger,” which aired Sunday.)

Well that was odd.

Toward the end of “Westworld”s Season 2 finale, “The Passenger,” one of the strangest exchanges that viewers have ever witnessed on Jonathan Nolan and Lisa Joy’s HBO sci-fi series occurred between Ashley Stubbs (Luke Hemsworth) and Charlotte Hale (Tessa Thompson). Or rather, Stubbs and “Halores” had a bizarre conversation, as Evan Rachel Wood’s character was really inhabiting a new skin that looked just like Hale.

And while TheWrap was busy wondering if the theme park’s head of security had figured that out, as he stopped Hale on the beach to have a little chat as she was trying to leave, we totally missed the real twist there. Yeah, Stubbs is a host. And we even have the interview with Joy to prove it.

Also Read: 'Westworld' Season 2 Finale: Which 5 Hosts Are in Those Pearls?

See what she said about the “subtle” reveal below.

TheWrap: When Halores left the beach, it seemed like Stubbs new it was Dolores — or at least that it wasn’t Hale. Is that safe to assume?

Joy: Yes! It is safe to assume. And there is a step further that you can assume too. And we don’t say it explicitly, but if you are left wondering with all [Stubbs’] talk, his knowing talk about, “I’ve been at the park a very long time,” and Ford (Anthony Hopkins) designed him with certain core drives, and he’s gonna stick to the role he’s been programmed with; it’s a little acknowledgement of just why he might have his suspicions about what’s going on with Hale, and then lets her pass.

And doesn’t it make sense if you are Ford and designing a park and you have a whole master plan about helping robots that you would keep one Host hiding in plain sight as a fail-safe? Maybe the Host who’s in charge of quality assurance? And by the way, that was totally meant to be subtle [laughs].

You can read our full interview with Joy about the Season 2 finale here.