“Westworld” may be offline for a while, but that just means HBO viewers now have more time to start theorizing about “Game of Thrones” ahead of its eighth and final season. And somehow, they managed to do that thanks to “Westworld.”

Wait, don’t freeze on us! There is really something here.

An eagle-eyed fan of both series found a little nod to Westeros buried inside the Season 2 finale of Lisa Joy and Jonathan Nolan’s sci-fi series, and posted the image that brings the two fantastical universes together on Reddit.

The grab is from the portion of the episode in which Logan (Ben Barnes) leads Dolores (Evan Rachel Wood) and Bernard (Jeffrey Wright) through the Forge’s library of books filled with park guests’ consciousnesses made up in code — a room that is decorated with the signature gyroscope featured in the opening credits of D.B. Weiss and David Benioff’s series. Oh, and you know, the Citadel library, which contains the most important secrets in the Seven Kingdoms.

While the shoutout is pretty cool, and we’d kill to see Dany (Emilia Clarke) and Dolores fighting side-by-side in their respective quests for domination, we won’t hold our breath waiting for a “Westworld”-“Game of Thrones” crossover, unless… is there a Westerosworld? Just kidding, but, seriously, what is it doing there?

See the image with the gyroscope below.

“Game of Thrones” returns for its eighth and final season in 2019 on HBO. No word on when “Westworld” Season 3 will premiere yet. 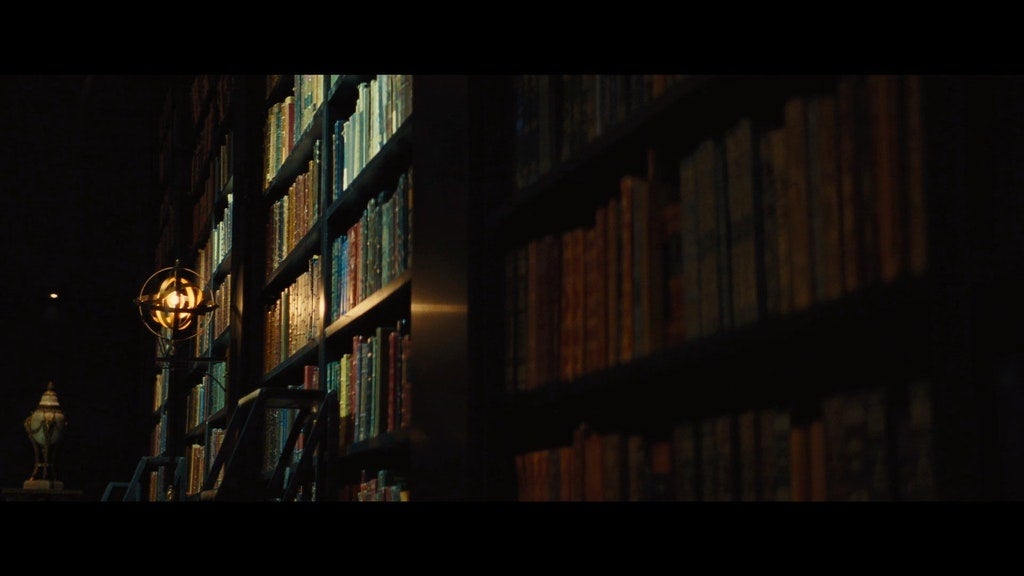