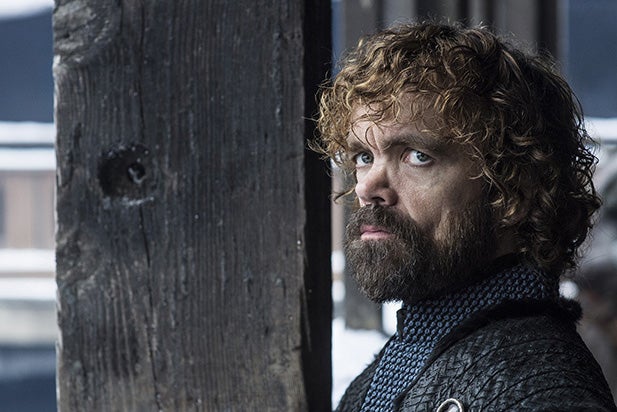 How big of a deal is “Game of Thrones” to HBO? Forget all those Emmys for a second, the dragon-y drama averages three times the amount of viewers than HBO’s second-largest series.

We’ll give you a moment to guess what show the runner-up is.

Did you guess “Westworld”? We can pretend that you did, as any other answer wouldn’t look like anything to us.

Also Read: 'Game of Thrones' Season 8: Here's Everything We Know About the Series' Epic Ending

Yes, Jonathan Nolan and Lisa Joy’s sci-fi series, which began production on its third season last month, is currently the second-most-watched show on the pay-TV provider. But, as we said, it’s a distant second.

Per HBO’s tally, which stops counting episode views 30 days after the finale aired, Season 7 of “GoT” put up an average of 32.8 million viewers.

When comparing with Nielsen’s numbers — which include a week’s worth of delayed viewing where available and, unlike the premium channel, doesn’t count HBO Go or Now streams — the seventh season of “Game of Thrones” averaged 13.7 million viewers.

The Season 7 finale currently claims the show’s record-high for one night, with 12.1 million “live” linear viewers at 9 p.m. That tally grows to 16.9 million when counting Go/Now and same-night reruns.

While “Westworld” holds its own as HBO’s first runner-up series in terms of overall eyeball count, the Evan Rachel Wood and Jeffrey Wright-led drama’s comparable figure for its second season is 9.2 million, using HBO’s method for counting viewers.

To see another big jump, head over here to get a look at the ratings growth for “Game of Thrones” between Seasons 1 and 7.

“Game of Thrones” Season 8 premieres this Sunday at 9/8c on HBO.