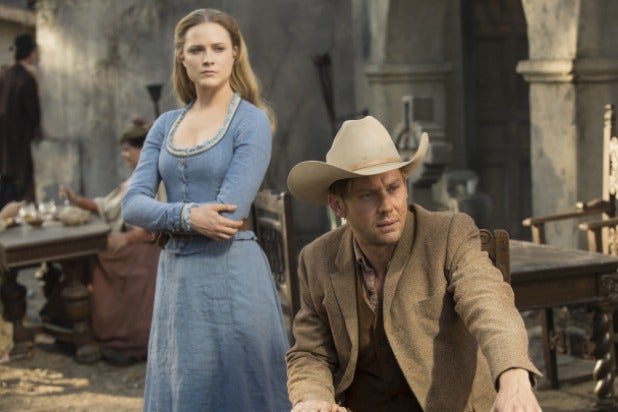 Paramount Ranch’s Western Town set in Agoura Hills, Calif., where “Westworld” filmed many of its Main Street scenes, has burned down in the Woolsey wildfire.

“We are sorry to share the news that the #WoolseyFire has burned Western Town at #ParamountRanch in Agoura,” the official Twitter account for the Santa Monica Mountains National Recreation Area tweeted Friday. “We do not have any details or photos, but it is our understanding that the structures have burned. This area is an active part of the incident and we cannot access it.”

“Westworld” has used the Paramount Ranch location for Main Street scenes and houses the church set, but the Jonathan Nolan and Lisa Joy sci-fi series also films at Melody Ranch in Santa Clarita, Calif. and in Utah, among other locations.

“Paramount Ranch was one of the locations used during seasons one and two of ‘Westworld,’ in addition to the primary location at Melody Ranch in Santa Clarita,” HBO said in a statement to TheWrap Friday. “‘Westworld’ is not currently in production, and as the area has been evacuated, we do not yet know the extent of the damage to any structures remaining there. Most importantly, our thoughts go out to all those affected by these horrible fires.”

A spokesperson for HBO confirmed to TheWrap that no cast or crew was at the Paramount Ranch location when it burned down.

Paramount Ranch is part of the National Park Service and open to the public. The ranch, first used by Paramount Pictures in 1927, has been used as the filming location for numerous productions, including the films “Caught in the Draft” and “The Lake House,” and TV series like “The Mentalist,” “Weeds” and “Quickdraw.”

A slew of wildfires hit Southern California on Friday morning, including the Woolsey fire, which forced the evacuation of the city of Malibu. The blaze also threatens the communities of Calabasas and Woodland Hills.

The Woolsey fire doubled in size to 70,000 acres overnight. As of Saturday evening it was 5 percent contained.

Two people have been found dead in the burn areas, Los Angeles County Sheriff’s Department Chief John Benedict confirmed. In addition, Councilmember Bob Blumenfield said in a statement that over 250,000 people have been evacuated from the Ventura County fire areas, and the shifting winds could bring more devastation.

“The strong Santa Ana winds have made this fire unpredictable and the winds are expected to shift today which could mean new areas, including potentially the Western San Fernando Valley,” Blumenfield said.

We are sorry to share the news that the #WoolseyFire has burned Western Town at #ParamountRanch in Agoura. We do not have any details or photos, but it is our understanding that the structures have burned. This area is an active part of the incident and we cannot access it. pic.twitter.com/oC4n7KR8ZT