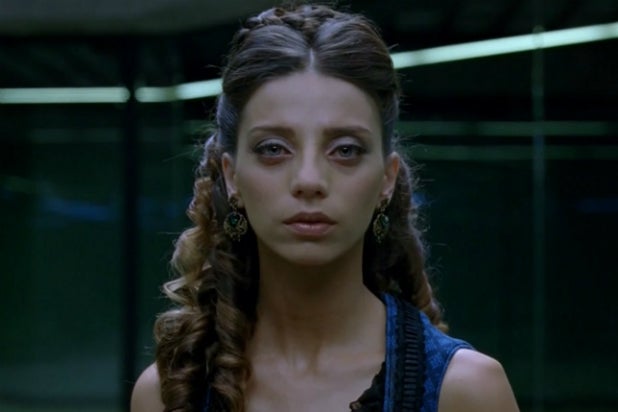 Spoilers ahead if you haven’t watched Season 1!

The chaotic finale of “Westworld” Season 1 left a lot of unanswered questions — including the whereabouts of several characters.

Showrunners Jonathan Nolan and Lisa Joy gave fans some hints about who we can expect to return to the park in Season 2 in a recent interview with Entertainment Weekly. We spotted a few of these characters in the trailer, but here are some new deets.

Programmer Elsie Hughes (Shannon Woodward) and security chief Ashley Stubbs (Luke Hemsworth) are still out in the wild of Westworld. “They’re finally getting to experience Westworld as guests and not in the managerial halls, but I’m not sure they’re enjoying their experience,” Joy said in the EW interview.

Tessa Thompson is back from Asgard to reprise her role as Charlotte Hale, who was lost in the crowd in last season’s finale when Dolores (Evan Rachel Wood) shot Ford (Anthony Hopkins). Joy said not only is she back, but “causes trouble.”

“She went from this controlled person playing this chess game with Ford,” Joy said. “He takes out her king and queen in one fell swoop. Now she’s left at the mercy of the hosts like everyone else.”

Speaking of Ford, while he really is dead (no Jon Snow moment here), we will get a glimpse of his younger self in flashbacks.

In terms of fan-favorite hosts, Clementine Pennyfeather (Angela Sarafyan) and Peter Abernathy (Louis Herthum) will both be coming back online. Remember how poor Clementine (pictured above) was lobotomized last season? Well, she’s back, but her “surgery” results in a new iteration of her character. Maybe she’ll be help Maeve with her hostage situation (oh yeah, Delos’ sleazy head writer Lee Sizemore, played by Simon Quarterman, will be back, too).

As for Abernathy, we don’t know if he made it out of the park or not, but he’s “an important asset” to the new season because he’s one of two hosts that Dolores has an attachment to (the other is James Marsden’s Teddy).

Finally, if you were able to keep track of the several timelines going on in “Westworld,” you know that William (Jimmi Simpson) is the younger Man in Black (Ed Harris). We’ll be seeing more of both later this year–and we’re hoping that we’ll get to see more of what turned innocent William into the ruthless Man in Black.

TheWrap’s Best & Worst 2016: Despite it being a bumpy year to say the least, there has been a lot of good TV

2016 has come and gone. Even with a contentious election and all kinds of troubles, there was still some damn fine TV to enjoy at the end of the day. Here we celebrate a few of the shows that brought us joy this year (in alphabetical order).