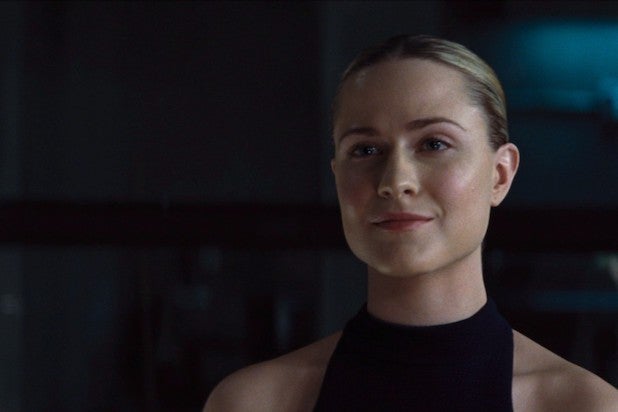 (Spoiler alert: Please do not read ahead unless you’ve watched “Westworld” through the Season 2 finale.)

“Westworld” Season 2 won’t look like anything to you when the third installment of Jonathan Nolan and Lisa Joy’s hit HBO sci-fi series rolls around. Well, we can only assume, seeing as it sounds like what many critics and fans thought was a convoluted sophomore year compared to the already-complicated freshman venture, is a walk in the Western-themed park compared to what the married co-creators tell TheWrap they are cooking up next.

Also Read: 'Game of Thrones' Series Finale: Nikolaj Coster-Waldau Promises Us 'All the Pieces Fit' in the End

“Yes, it is our biggest undertaking as of yet,” Joy added. “But the great thing about Season 3 is, when we were writing the pilot, the major storyline for Season 3 was already something that we had talked about nonstop. We’ve been waiting to get to this place and now that we’ve arrived here, we already have a very strong idea of exactly where we want to go and we can’t wait to go there.”

Though Joy and Nolan know where the road will take them next, we don’t know when we’ll see that story unfold, as Season 3 does not yet have a premiere or production start date. But that doesn’t mean they aren’t working on it.

“It’s funny, we took our first vacation in over four years recently,” Joy said. “And the problem with ‘Westworld,’ is you never leave ‘Westworld.’ So we were sitting there with our family on a beach and, of course we were discussing the nature of consciousness and the world of possibility and how an artificial intelligence would want to change society. So I guess you could say we never stop working on ‘Westworld.'”

Alright, obviously Joy and Nolan weren’t prepared to give up any real details about Season 3, and that includes their nickname for it. Oh, in case you aren’t a die-hard “Westworld” fan, the co-showrunners have a habit of giving their seasons a secret moniker they reveal later on, with the first being “The Maze” and the second “The Door.”

“Oh, we’ve figured that out,” Nolan told us of the code word for Season 3. “We’re just not quite ready to share yet.”

At the end of the Season 2 finale, “The Passenger,” three of the Hosts officially entered the “real world” in our central timeline: Dolores (Wood), Bernard (Wright) — thanks to Dolores’ decision to bring him back — and whoever the heck is inside the Charlotte Hale-shaped one (played by Tessa Thompson) that Dolores inhabited before she rebuilt herself. And the creators promise we’ll be seeing a lot more of that “real world” in Season 3 — which means they might need more time to work it all out.

Also Read: 'Westworld' Co-Showrunner Lisa Joy Tells Us About Heading Into the 'Real World' in Season 3

“We’ve got a long, long year in terms of writing and pulling together the pieces for the third season,” Nolan said. “I think what’s fun for us about this is discovering this world could be kind of extraordinary like this. And an opportunity — you know, if the show has spoken metaphorically about ‘our world’ at this point, then the opportunity to visit ‘our world’ is very exciting for us on both a character level and a story level.”

Oh, and speak of characters. When we talked to Joy about the Season 2 finale, we tried to get her to crack on which five hosts might be inside those control units Dolores/Hale (Thompson) smuggled out into the real world. Well, we checked in on that and here’s the answer we got: “Characters portrayed by brilliant actors!” Oh, geez. Thanks, guys.