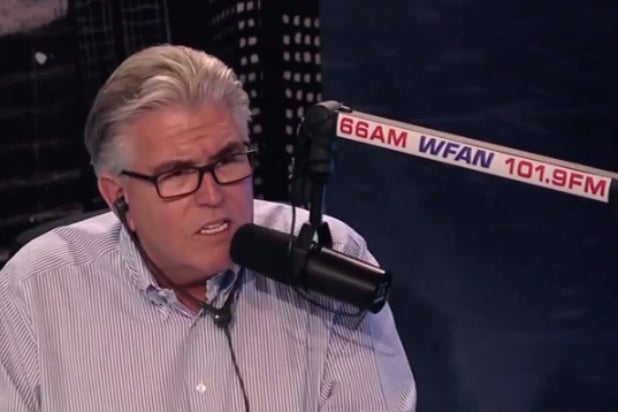 Millions of people were saddened by the death of comic book icon Stan Lee on Monday. Mike Francesa wasn’t one of them.

The New York City sports radio host was absolutely clueless when a caller asked him to weigh in on the Marvel legend — dismissively letting his audience know he was “not a comic book guy.” Caller Eddie in Hoboken, New Jersey, thinking that the “Sports Pope” might have some fond memories to share and the answer wasn’t what he was expecting.

“Hey Mike, Stan Lee died today? Did you ever meet the guy? What did you think of him?” asked Eddie.

His producer finally lets him in on the secret: “He was one of the creators of Marvel Comics.”

“Oh, who cares? I mean, I’m sorry, I’m not a comic book guy,” said Francesa, with a waft of contempt for Spider-Man. “Is that who he is? Stan Lee?”

Francesca then explained he never read comics as a kid.

Our transcription can’t do the moment justice, however. Watch it here:

????WATCH ???? … Mike Francesa learned about Stan Lee's death while he was on the air today, and he delivered a very emotional tribute. pic.twitter.com/quXh7c4TJY

Francesa then doubled down in pridefully showing his lack of pop culture knowledge, letting his listeners know he had “nevah” seen a single “Star Wars” movie. And luckily for hardcore Francesa fans, they can get riveting analysis like this for only $8.99 per month on his “Mike’s On” app.