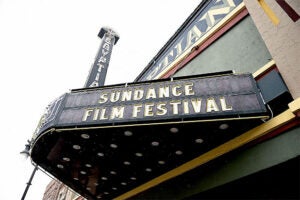 WGA West President David A. Goodman credits the coronavirus pandemic for bringing Hollywood’s major agencies more quickly around to the idea of signing on to the guild’s new franchise agreement and eliminating packaging fees for film and TV projects.

The pandemic “might have sped up talks, but our whole strategy was that agencies couldn’t get out of the writer business,” Goodman told TheWrap days after WME became the last of the major agencies to agree to the WGA’s terms and end a three-year standoff. “The idea that the pandemic sped that up is very interesting to me. It would mean that we are more important than even we thought, that this company couldn’t ride out the pandemic without income from writer salaries on television shows. I don’t know if that’s true. I do think that this business model is based around representing writers, period.”

With all the agencies agreeing to phase out packaging fees by summer 2022, writers who had fired their agents en masse in April 2019 are now free to return to agency representation. It’s also a big win for Goodman, who staved off an election challenge from Phyllis Nagy backed by showrunners like Ryan Murphy and Shonda Rhimes who feared that writers would pay the price for the guild’s campaign to have thousands of members terminate representation with any agency that did not sign a new franchise agreement.

But thousands of writers stuck with the guild over the course of the 21-month battle in negotiating rooms and in the courtroom, buying in to the guild’s belief that packaging fees are a conflict of interest and a sign that writers need to realign agencies’ financial interests with their own.

“What we learned in the process was less predictable at the start. Many of us discovered the pain — but also the power — of taking responsibility for the business side of our careers,” guild leadership wrote in a memo to members on Monday. “All of us were reminded of a thing we sometimes forget, which is that, though we often need help in managing those careers, our value as writers is intrinsic in ourselves and does not flow from those who represent us.”

In an interview with TheWrap on Monday, Goodman looked back at how the WGA got to this point and what the new deals mean for rank-and-file writers who sacrificed to earn a paradigm shift in Hollywood. The interview below has been edited for clarity.

There’s been a lot of excitement from writers on social media who have been actively following this packaging fee campaign since the walkout started back in April 2019. What sort of feelings have been expressed to you from members and leadership this past weekend since the WME deal was finalized?

The feeling among members has been a mix of pride and relief and maybe in some sense surprise that we had such a clear win. But really a sense of motivation in that writers are realizing “Hey, we actually did something! We accomplished completely what we set out to do.” A lot of writers really invest in the success of the guild, and when the guild accomplishes something like this, that investment pays back in a big way.

In the past two years, your members have had to deal with such immense upheaval, first from parting ways with agents as part of this campaign and then having to adjust to life in the pandemic. What did the guild need to do to help writers through this turbulent period, especially during staffing season?
The first year, we set up a database to help writers network and find positions during staffing season. We asked writers to step up, to help their peers who didn’t have connections, and we had an enormous outpouring of writer-to-writer support.

Now, it didn’t always work. There were definitely writers who suffered during this period. That was the hardest part for me, writers who made sacrifices by giving up relationships with agents that helped them get work. But I think the guild did a good job stepping into that vacuum, because in 2019, we saw more writers getting work than they did in 2018 even without agents. That told us something too: that writers are good at getting their own work and that we did help.

The pandemic was a whole different issue. Writers could continue to work from home and many were able to make the transition. But we also had to help some writers who felt they were being forced into a dangerous work situation. We also provided the kind of support that any union has to provide during such a global cataclysm, so those things sort of outstripped the packaging fee issue and anything else we were worried about because we had to protect our membership.

Let’s go through two critical points in this dispute last year. First, there was the ruling from a federal judge last April that struck down several key components of the guild’s lawsuit. Did this force your team to change your tactics?
No, not at all. Lawsuits were always an attempt to provide leverage, to bring agencies to the table. The fact is, though, that even though things were thrown out, there were still some charges that were allowed to proceed that agencies weren’t happy about even though they declared victory in the press — particularly the claim that packaging is a breach of fiduciary duty to clients. That was the biggest issue that we brought up in this campaign, and the court didn’t throw those out. And from the beginning, we told our members that a legal solution to this problem was not our priority. It’s not practical, it’s going to take too long. But we’re going to pursue it to show the agencies that we’re serious about this.

Then the other big change, of course, was the pandemic. It recontextualized everything, but especially the packaging fee dispute since it put a greater premium on writers and literary departments. Just how much was the pandemic and the leverage it brought your negotiating committee key to getting the agencies to agree to a franchise agreement?
Well, I think that’s something you’ll have to ask the agencies. And in our discussions with CAA and WME… WME took almost two years to sign.

The pandemic might have accelerated talks, but I think at the core of this whole thing is the false narrative being presented that agencies could get out of the writer business. We proved that is simply untrue. Partners at the big four agencies told us that explicitly once they started negotiating: We’re never getting out of representing writers, and they wanted to have them back again.

WGA has asserted from the beginning that this struggle was necessary to realign agencies’ interests with those of the writers they represent. If you could, take that down to an individual level. How do you think this post-packaging fee landscape will change the relationships between writers and their agents?
To me, the most important piece in this is about the writer’s attitude towards their representative. What writers learned in the last two years is that they don’t need agents as much as they thought, but they still want that representation. So as they re-enter that relationship, they’ll have new expectations, and agents know that now. Agents are now our partners again, and I think so many of the writers that have been through this process…they’ve told me, “You know, I’ve realized that I don’t need agents like I thought” or “You know, I miss my agent but I think it’s going to be a little different,” and there will be plenty of writers that go back to their relationship with their agent the way it was before.

But I think there’s going to be a large number of writers now that take stock of what this relationship should be, and they’ll take personal responsibility of what they want out of their representation; but also for the first time in 45 years, the guild is going to be there, too, to make sure that these agencies are being proper representatives of our members the way they always should be.

‘WandaVison': Where the Hell Is Pietro Now That Agatha’s Secret Is Out?