“Super Pumped: The Battle for Uber” is the first season of a Showtime anthology series from the “Billions” team of Brian Koppelman, Beth Schacter and David Levien. As you can probably figure out from the subtitle, Season 1 follows the story of ride-share company Uber and its co-founder/former CEO Travis Kalanick (played on the show by Joseph Gordon-Levitt). And if you haven’t read Mike Isaac’s book, also titled “Super Pumped: The Battle for Uber,” about the entire ordeal, you probably have no idea what that first part means. We’re here to help.

The notion of being “Super Pumped” is verbally spoken several times in Season 1 by JGL’s Kalanick, and the term was also one of Kalanick’s real 14 core values for his app-based taxi cab-replacement service. So it makes enough sense for Season 1 of the TV show. But it would make exactly zero sense for the already-ordered second season, which will also be based on an upcoming Mike Isaac book. That one will be based on Facebook, and, like Season 2 of the Showtime series, does not yet have a title.

We asked Koppelman, Schacter and Levien if they’re going to stick with the very Uber-specific “Super Pumped” up front leading into a new subtitle curated for the Facebook season and any potential future ones.

“I think that’s a question for us a year or two years from now, and not something that we’re as focused on,” Koppelman told TheWrap. “We’re gonna focus the second season on uncovering, along with [Isaac], the great story that we already know from talking to him that he’s on to.” 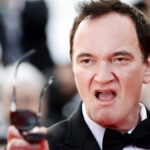 Also Read:
How Quentin Tarantino Became the Narrator for Showtime’s ‘Super Pumped: The Battle for Uber’

Isaac’s upcoming text and the subsequent premium-TV season is a “deep dive into Facebook’s transition from groundbreaking startup to the power it has become.”

“The new season will focus on the relationship at the center of that metamorphosis –  between Sheryl Sandberg and Mark Zuckerberg –  and the world-changing forces unleashed, intentionally and unintentionally, as a result,” Showtime continued in the press release for its early Season 2 order.

Koppelman said his trio found the “Super Pumped” brand from Isaac’s book title to be “strong.” And on the subsequent marketing materials for the television adaptation, he said: “We love the poster so much they came up with…the logo is so great.” 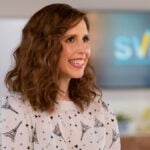 Also Read:
Vanessa Bayer on How QVC Is Like ‘SNL’

“I think when we first pitched this idea to Showtime, we said, ‘We want to do an anthology series. ‘Super Pumped’ is the first season, we’ll probably just change the sentence after ‘Super Pumped’ in each subsequent season,'” Koppelman recalled during Wednesday’s Television Critics Associate (TCA) Winter Press Tour. “We might have been wrong to, but that’s just the way we approached it.”

No judgment here, we’re just journalists. Anyway, we’ll check back in with Koppelman in a year or two.

For now, “Super Pumped: The Battle for Uber” premieres Sunday, Feb. 27 on Showtime.