Blumhouse’s two-part documentary series, “What Happened, Brittany Murphy?” on HBO Max, which came about through a collaboration with Pyramid Productions, is the latest attempt to find out — just as the title states — what happened to actress Brittany Murphy.

On Thursday, the streaming service unveiled the “What Happened, Brittany Murphy?” trailer and its premiere date. Both episodes will start streaming Thursday, Oct. 14 on HBO Max.

Watch the docuseries’ trailer via the video above.

“What Happened, Brittany Murphy?” is centered on “the mysterious circumstances” surrounding the actress’s death at just 32 years old, in HBO Max’s (accurate) words.

Here’s the full logline for the docuseries, in HBO Max’s own words: A captivating actress as effervescent on-screen as she was off, Murphy was a rising star whose movies helped define a generation. But in 2009, Murphy’s untimely passing ended her promising career, while the mysterious circumstances surrounding her death quickly became fodder for speculation and conspiracy theories.

Featuring new archival footage and interviews with those closest to her, “What Happened, Brittany Murphy?” goes beyond the tabloid rumors to examine the impact of Hollywood’s sexism on her struggles, as well as lingering concerns about her relationship with husband Simon Monjack, it continues. Sensitive and nuanced, the docuseries explores the legacy of a unique talent. 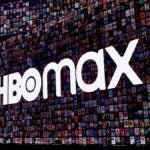 The star of films like “Clueless,” “8 Mile,” “Uptown Girls” and “Girl, Interrupted,” Murphy went into cardiac arrest and died at Cedars-Sinai Medical Center on Dec. 20, 2009, after reportedly collapsing at the Los Angeles home she shared with Monjack.

Her official cause of death was ruled pneumonia.