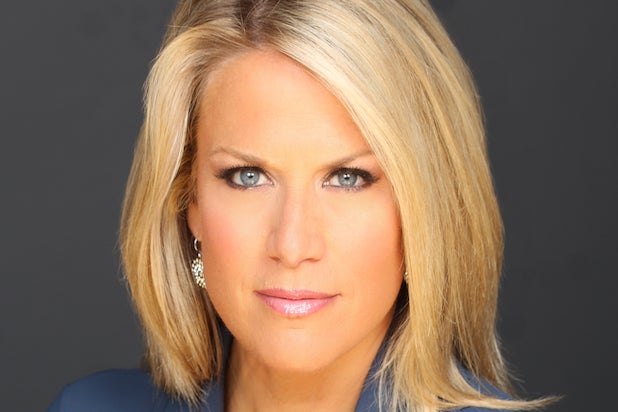 Fox News execs tabbed Martha MacCallum to host a new show for “The First 100 Days” of the Trump administration, but she might have to come up with a permanent name for the show after averaging 3.5 million viewers so far – if she even wants the gig on a full-time basis.

“I have not thought about that,” MacCallum told TheWrap when asked what she would name her own primetime show. “There is a ‘Factor’ already. There is a ‘Report.’ There is a ‘Tonight,’ so if that happens we’ll be taking some suggestions.”

MacCallum was quick to add that she would be “very happy to go back and do the morning show with Bill Hemmer,” if that’s what the network decides.

When “Tucker Carlson Tonight” was moved from 7 p.m. to 9 p.m. to replace Megyn Kelly, Fox News temporarily moved MacCallum off “America’s Newsroom” with Hemmer and slipped her right into the 7 p.m. slot with “The First 100 Days.” Neither Fox nor MacCallum have committed to anything beyond the temporary show, but so far it appears that the network will be just fine without Kelly.

“The First 100 Days” has averaged 3.5 million viewers so far, making MacCallum the most-watched female in cable news and behind only Bill O’Reilly and Tucker Carlson overall. Among the key news demo of adults age 25-54, MacCallum has done even better. “The First 100 Days” finished January as the second-most watched show in all of cable news, behind only Carlson, by averaging 741,000 demo viewers per night.

“There are many people here who could step into that seat, so I’m thrilled that they have the confidence in me and wanted me to take this on,” MacCallum said. “It seemed like a natural fit to do this first 100 days show, I think this is such an extraordinary, unique moment in history.”

MacCallum admits she doesn’t know what will happen after the first 100 days of Trump’s presidency, but said having a return to “America’s Newsroom” as an option isn’t too shabby.

“We have terrific chemistry. We can finish each other’s sentences, so I love doing that,” MacCallum said of Hemmer.

MacCallum has covered the last four presidential elections for the network but thinks that Trump’s rapid-fire pace could fill “several hours an evening” covering the president alone. “The First 100 Days” airs from the brand new Fox News Studio F that was debuted on Election Night.

“I think it gives them a chance to try out the studio and figure out all of the great things that it can do,” MacCallum said.

MacCallum feels that she’s the perfect bridge between her lead-in program, the straight news “Special Report with Bret Baier,” and the opinion-based “O’Reilly Factor” that follows her show, noting that Baier gets viewers up to speed with everything that happened that day and then O’Reilly provides the analysis.

“I see it as a great lineup, I am a huge fan of both ‘Special Report’ and Bill O’Reilly’s show,” MacCallum said before explaining that her show is a combination of straight news and analysis based on the day’s events.

In the last six months, Fox News has replaced its CEO, and two primetime hosts but it hasn’t slowed the network down one bit. In fact, Fox News has now been the No. 1 cable news network for 15 straight years after winning the month of January.

“I think it’s a testament to our very deep bench. I really admire the people that work here… everybody comes to work in the morning as if it’s our first day on the job,” MacCallum said. “We try to keep it fresh everyday. We don’t walk around here acting like we’re No. 1. We know that we have to fight every day to keep that position.”