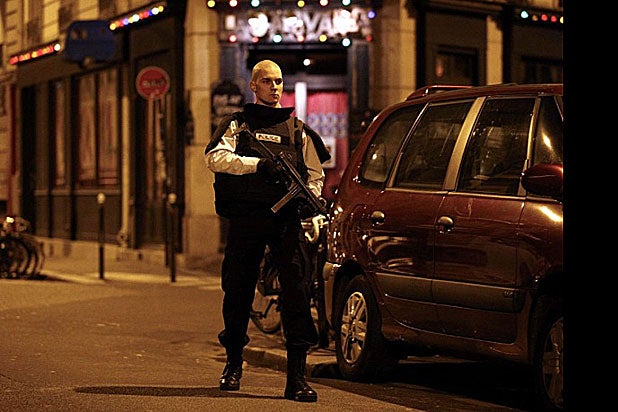 The sun sets on Day Two since the world was changed by events in Paris.

After the shock, the grief, the anger, the disbelief, France must act, and so must we.

But the challenge for France will be the same as that faced by the United States after 9/11: how to face down an enemy that has no scruples — without losing our own.

How to vanquish a foe that abides by no rules, who seeks to undermine our core values — without relinquishing those very values ourselves.

ISIS is trying to bait us into abandoning our democratic principles. We must not.

In the United States, when al-Qaeda struck terror in the heart of our society, we succeeded only partially at protecting the rule of law, due process, freedom of speech, the right to privacy and the rules of engagement during a time of war.

Our fear led us to shameful episodes of torture, to imprison men year after year in Guantanamo without bringing them to trial. It led our government to take us to war in Iraq on false pretenses, at the cost of thousands of lives and billions of dollars.

Fourteen years after 9/11, we are still a democracy, but history will show that we failed to adequately live up to the values of our Constitution.

France arguably faces an even more difficult challenge. After all, the eight alleged attackers in Paris are believed to be French nationals, or European. How do you protect your citizens when the enemy resides among you? How do you identify those with murderous intent based on their version of Islam, without vilifying all French Muslims?

France must thread this needle with care.

As Hillary Clinton pointed out during the Democratic debate on Saturday night, it is difficult to understand an enemy whose philosophical approach seems based on nihilism and destruction. But it is our job to try to understand this world view in order to vanquish it.

I started my journalistic career in the Middle East, and then moved to France for six years in the 1990s. In both of those regions, I witnessed the infancy of discontent that has come to maturity in the most horrific of ways. The rage of the Palestinian intifada, the frustrations of young Arab men in Egypt hemmed in by a repressive regime and a stultified economy — these spread throughout the Arab world, fed by constant images of Arab (mainly Palestinian) suffering on Arab television and news networks.

The dissatisfaction felt there, a resentment sharpened by images of freedom and prosperity in Western countries — yes, Egyptians watched “Dallas” — fed the desire to reject Western values that were in fact out of reach. Instead, what was within reach? An extreme version of Islam, one that had no tolerance for any other religion, or for democracy.

This anger has made the leap across the Mediterranean to Europe, where it has been slowly simmering for years. For the past 25 years, immigration has been regarded as one of the central threats to Western Europe’s identity, driving right-wing, neo-fascist movements in politics.

I experienced this in the early 1990s, when I covered the French elections in the south as the far-right-wing Jean-Marie Le Pen’s party first won seats in Parliament. Evening found me talking to Arab immigrants in the public housing projects on the outskirts of Marseille. My rental car was surrounded by restless young men who “held up the walls” in the ghetto — French slang for doing nothing — as they asked me about Snoop Doggy Dogg and the hip-hop music they felt expressed their own marginalization.

I saw it again when I met young radicalized Muslims in the poor neighborhoods of London after 9/11, listening to cassette tapes of al-Qaeda propaganda and to speeches by the radical imam (later deported) who spun fantasies about a future “caliphate.”

The collapse of Iraq — which ironically we invaded in order to establish democracy — has led to zones in Iraq and Syria where ISIS has been able to take hold. A relatively tiny number of European (and American) Muslims have been drawn to take up arms on its behalf.

But as we have learned to our sorrow, it only takes a handful of suicidal terrorists, deluded young men with nothing to lose and no discernible morality, to bring a whirlwind of pain.

So we must brace ourselves. This is a new world, and make no mistake: We will have to fight hard to defend the values that we hold most dear.