While Americans struggle back to work the day after Christmas, many parts of the world are celebrating the national holiday known as Boxing Day.

And no, it has nothing to do with the sport of boxing.

The term originates from 17th-century Britain and is now recognized in the U.K., Canada and other former British colonies. In Ireland, Dec. 26 is called Saint Stephen’s Day — since his feast day falls on that day in the calendar.

If you’ve ever watched the “Downton Abbey” Christmas special, you’ll know that the staff at traditional country estates usually had to work on Christmas Day serving the family of the house, pouring champagne and port late into the night long after the turkey was eaten.

While there is some dispute over what the name actually means, it’s commonly believed that Boxing Day refers to the habit of aristocratic employees gifting their servants or tradesman on Dec. 26 as a thank you for their work throughout the year. The employers would give them each a box to take home to their family with gifts, bonuses and leftover food.

Samuel Pepys, a naval administrator and Member of Parliament, is famous for writing in his diary in 1663: “Thence by coach to my shoemaker’s and paid all there, and gave something to the boys’ box against Christmas.”

Boxing Day is also commonly connected with horses, as Saint Stephen is the patron saint of horses. 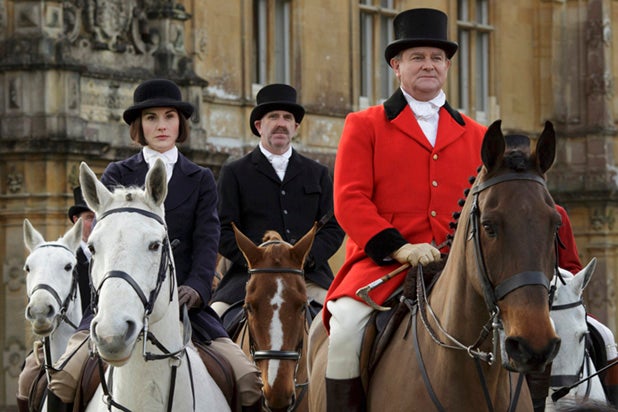 “Downton Abbey” fans often saw the Crawley family wearing their red riding coats to follow the master of the hound on a fox hunting outing. While it has since been banned in England in favor of drag hunting (where the hounds follow a pre-laid scent, not a real fox), a debate is currently raging in Scotland over foxes still being hunted for “pest control.”

Dec. 26 is also the day of horse racing at the the annual King George VI Chase at Kempton racecourse in England.

Also Read: President Trump Trashes 'Crazy' Democrats for His 'Home Alone' Christmas: 'I Am All Alone (Poor Me)'

Nowadays, Boxing Day is one of the biggest shopping days of the year in the U.K. (similar to Black Friday in the U.S.) as crowds jump on sales and some even delay buying their Christmas presents in the hope of finding a late bargain.

So if you’re struggling to get back to the grind this post-Christmas, just tell your co-workers you’re celebrating Boxing Day instead.

Sure, Christmas is a time of joy for children of all ages, but that doesn't mean that grown-ups can't have the cinematic equivalent of a spiked egg nog. After you've packed the little ones off to bed, enjoy these movies, from the hilarious to the horrifying, that are aimed at adult audiences.
View In Gallery
x