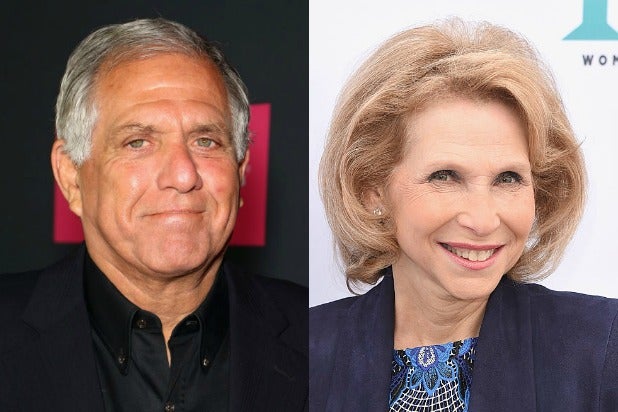 CBS Chief Les Moonves is fighting a war on two fronts. First, he faces an independent investigation into accusations of decades of sexual harassment that could very well lead to his ouster from the company he’s helmed for 15 years. Then there’s the very public, messy legal battle Moonves ignited with his de facto boss, Shari Redstone.

Redstone and New Yorker reporter Ronan Farrow, who broke the story about Moonves last Friday, have denied there is any connection between the boardroom fight and the timing of an investigative exposé Farrow said he has been reporting for months.

But the misconduct accusations come as the two are in heated legal battle over the future of CBS, a company with a $20.7 billion market cap.

Redstone, who oversees the privately held National Amusements Inc. that is a majority shareholder of both CBS and sister company Viacom, has urged the two companies to re-merge after splitting off from each other in 2005 in a wave of de-consolidation.

Since wresting control of Viacom away from former CEO Philippe Dauman back in 2016, Redstone has been pressing for a re-combination of her family’s two media giants that anticipated a recent mega-merger boom in the media space with AT&T-Time Warner and Disney-21st Century Fox.

The major obstacle, however, has been Moonves. Earlier this year it looked as if Moonves might play ball. He and CBS extended an offer to buy out Viacom, albeit below the company’s market value.

The two sides haggled over price and, more importantly, who would run the media giant when the 68-year-old Moonves inevitably stepped down as chairman and CEO. Moonves wanted to install his CEO COO and right-hand man. Joe Ianniello, while Redstone and Viacom fought for Viacom CEO Bob Bakish.

Ultimately, Moonves nixed any idea of a merger and CBS filed a lawsuit against Redstone and National Amusements, arguing that they shirked their duty to shareholders by pushing for a merger with Viacom. What’s more, Moonves and CBS also laid out a plan to issue dividends that would dilute Redstone’s control of the company altogether.

Redstone, in response, moved to change the CBS bylaws to prevent the board from diluting her stake from nearly 80 percent to 17 percent. She required a 90 percent “supermajority” vote for the board to make any dividend-related move — and she ostensibly controls three seats on the board.

Over the course of the spat — currently on hold until an October court hearing — there has been speculation that Redstone might fire Moonves, and possibly even replace the entire board, which NAI has said it doesn’t plan to do. Earlier this year, Redstone even accused one current CBS director of physical assault.

The CBS board is now hiring an outside counsel to investigate the accusations against Moonves — which could potentially provide further ammunition for Redstone in her increasingly hostile battle with her rebellious CEO.