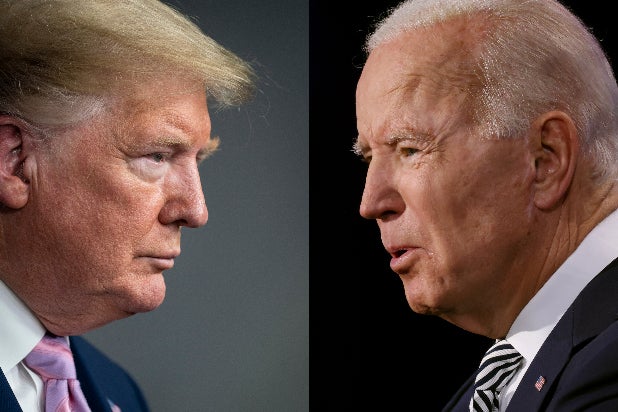 The end is in sight for the 2020 election cycle, but don’t get too eager: Election Day 2020 may end before the question of whether Joe Biden or Donald Trump will occupy the White House for the next four years is settled.

It’s important to note that not once in the history of the United States has an election winner been declared officially on election day; it can take days or weeks to count all votes, and most states allow around a month for officials to certify the results.

But Americans are used to finding out who won before going to sleep on election night thanks to the longstanding media practice of projecting the likely winner based on exit polling data and early real time vote counts. And things have been complicated by an unprecedented rise in absentee and mail-in voting in response to the COVID-19 pandemic.

While the total number of mail-in or absentee votes in 2020 is still unknown, as of Monday more than 97 million people have either mailed in their ballots or voted early in person. That’s more than two-thirds of the total votes cast in 2016.

The problem comes down to several key swing states where the election will be decided. Some, like Florida, Nevada and Arizona, may actually be able reach a preliminary total by election night, as those states began processing and counting ballots ahead of Election Day. But in other battleground states like Michigan, Pennsylvania and Wisconsin, ballots won’t begin to be processed and counted until Tuesday.

At minimum, it could be very late in the night before those states begin to produce reliable numbers. And if any of the counts are close, there could be another complication: Legal challenges. In recent days, various Trump campaign figures have suggested Trump will attempt to use the court system to secure a victory, and Trump himself has repeatedly made the false claim that any ballots not counted before the end of election day are illegitimate. (Democratic leaders say they’re ready for this.)

That doesn’t mean we’re necessarily in for a repeat of Bush v. Gore, but long counts and legal challenges could delay things, regardless of who is ultimately sworn in next year. Which is why, while networks will still rely on expert analyses and data on Tuesday as with previous elections, this year you’ll see them proceeding with more caution, and offering more detailed explanations if they do indeed project winners in certain states.

Just remember: There’s no requirement that a winner must be declared on election day. And if Donald Trump prematurely declares himself the winner on Tuesday night if he appears to be “ahead,” as Axios reported on Sunday that he planned to do, that doesn’t mean he is the victor. Legally speaking, the president-elect won’t be official until Jan. 6, when Congress meets to count the electoral votes.

For those curious, in California, which has the most registered voters of any state in the country, ballots are allowed to be processed up to 29 days before polls close at 8 p.m. PT on Tuesday, but the actual counting of votes will not begin until after polls close. Ballots postmarked on Nov. 3 will also take several more days to process and count.

As for when to tune in to coverage, political junkies can start watching the major networks pretty much all day for coverage if they want. Otherwise, viewers can start tuning in when the first polls close at 4 p.m. PT/7 p.m. ET. Or, you can avoid news coverage altogether on Tuesday (hey, you do you), but election coverage will still continue throughout the week.