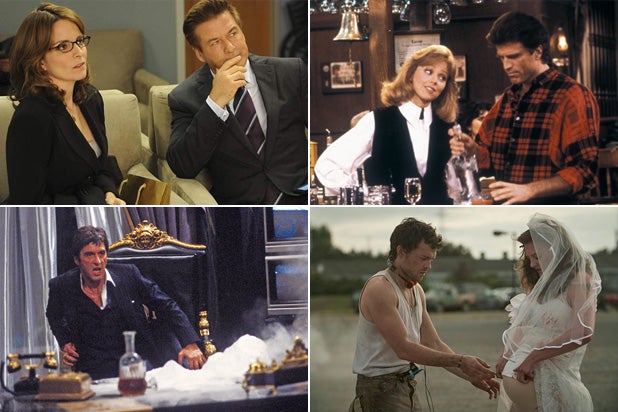 And while we’re willing to bet you’ve heard classics like “Cheers” and “30 Rock” and originals “Brave New World” and “Psych 2: Lassie Come Home” are among the offerings that will be available at launch, we’re also pretty sure you don’t know how many other shows and movies you’ll have access to on Day 1.

Well, don’t worry, because TheWrap has rounded up a list of the biggest films and TV series that will be streaming on Peacock when the service rolls out for everyone tomorrow. (It’s been available to Comcast and Cox subscribers since April.)

Oh, first, in case you were wondering, Peacock (which you can access here) has both an ad-supported free option, called Peacock Free, and two versions of its paid tier, Peacock Premium. Available for no extra charge to Comcast and Cox subscribers, Peacock Premium will cost everyone else $4.99/month for the ad-supported option, “serving no more than five minutes of advertising per hour,” and $9.99/month for the ad-free package.

Peacock Free, will include next-week access to new episodes of current seasons of NBC series, as well as select library content and curated daily news and sports programming. When it comes to Peacock originals, the free tier only includes “sample” episodes.

The Premium tier features everything on the Free option but includes all Peacock originals, plus things like next-day streaming of new episodes of current season NBC shows, as well as access to all of Peacock’s Premier League soccer matches. Additionally, “Late Night With Seth Meyers” and “The Tonight Show Starring Jimmy Fallon” will be available at 8 p.m. ET to Peacock Premium subscribers, when the shows return to in-studio production.

Both the free and premium tiers will include “TODAY All Day,” the “Today” show’s new 24/7 streaming service.

Readers can find our list of highlights from Peacock’s Day 1 lineup (not its *entire* library) below, which includes new original series along with NBCUniversal’s library titles and a selection of third-party acquired shows and movies.

More content will become available in the coming months, including additional original series like the “Saved by the Bell” revival and “Battlestar Galactica” reboot, as well as library content like “The Office,” which won’t be flying over from Netflix until next year.

MOVIES
Jurassic Park
American Psycho
Do the Right Thing
Kicking & Screaming
You, Me & Dupree
Shrek
Scarface
The Blair Witch Project
The Bourne Identity
The Bourne Supremacy
The Bourne Ultimatum
The Matrix
The Mummy
The Birds
Frankenstein