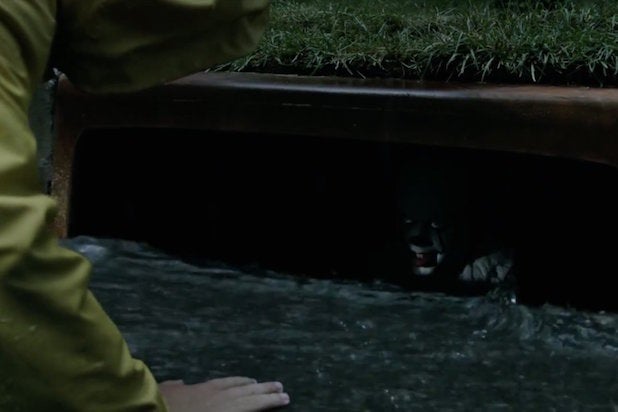 There’s little — if anything — that Pennywise the Dancing Clown from Stephen King’s “It” could say to get folks to join him in his sewers. Or so we thought.

One Twitter user, who goes by Pennydook Shipper, started circulating a meme with a still from the hit horror movie showing the spooky clown peeking out from the beyond a rain gutter with the caption: “What would Pennywise have to say to get you to go down there with him?”

What would Pennywise have to say to get you to go down there with him? pic.twitter.com/yVq87DfvCY

The tweet has taken off, becoming a viral Twitter Moment in the process, as people are chiming in with what would get them to risk it all and hop in the sewers with a murderous clown who lures children to its lair.

One Twitter user said that a simple change in President would get him to join Pennywise.

Even Chance the Rapper chimed in with his kryptonite — apparently Trix will do the trick. (Product placement perhaps?)

"I got Trix Yogurt" https://t.co/0kxVVdGeuu

An erasure of student loans would get an editor at Huffington Post (and probably most of us) to see what Pennywise is up to in his sewer.

"I can cancel your remaining student loan balance down here" https://t.co/RiGv8kgsES

For other Twitter users, it was as simple as these two words: “Free food.”

See some of the best replies below.

Pennywise: Beyoncé is down here.
Me: pic.twitter.com/QwMyDPRR2l

"I know how to get Trump impeached" https://t.co/alIdLl3k6I

I have season 8 of game of thrones https://t.co/8yjvs4qbxL