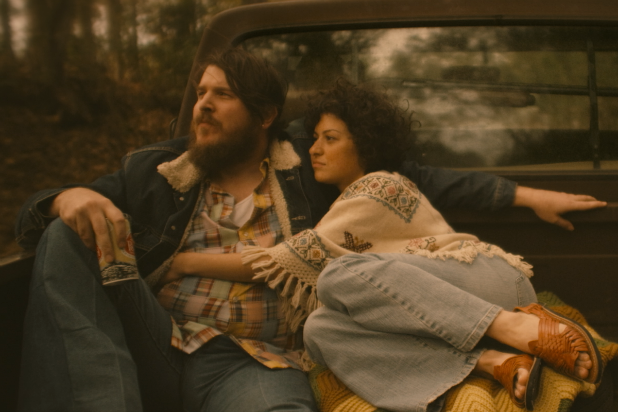 If “Bohemian Rhapsody” has you worried that music biopics are just “Walk Hard” without the intentional comedy, two new indie releases this month take very different views of docudramas about musicians. Ethan Hawke’s “Blaze” (Shout! Factory/Sundance Selects) examines the life of cult country composer Blaze Foley (played here by Ben Dickey), whose songs were vital to the outlaw-country movement of the 1970s. On a very different part of the radio dial is Jonas Akerlund’s “Lords of Chaos” (Unobstructed View), starring Rory Culkin, Emory Cohen and Jack Kilmer as the infamous Norwegian black metal band Mayhem, whose idea of proving their commitment to the metal lifestyle extended to burning down churches. You’ll never match these on a mixtape, but both are worth a look.

And if those aren’t enough, there’s also “Room 37: The Mysterious Death of Johnny Thunders” (Cleopatra Entertainment), a fictional look at the rocker’s final hours.

If you sat through “Avengers: Endgame,” then you don’t get to gripe about the three-hour running time of Florian Henckel von Donnersmarck’s Oscar-nominated “Never Look Away” (Sony Pictures Home Entertainment), inspired by the life of legendary artist Gerhard Richter. Nominated as Best Foreign Film and for the cinematography by the great Caleb Deschanel (whose career spans the lyrical “The Black Stallion” and the sanguine “Passion of the Christ”), this latest work from the director of “The Lives of Others” (and, yes, “The Tourist”) is a breathtaking historical epic about the power of art.

Also available: Gaspar Noe’s “Climax” (Lionsgate) features breathtaking dancing, but it takes a turn far darker and more violent than your average “Step Up” entry; “Iceman” (Omnibus Entertainment) tells the backstory of a Stone Age man found frozen in a glacier; and Don DeLillo’s “The Body Artist” was the basis for Benoît Jacquot’s “Never Ever” (Film Movement), starring Mathieu Amalric.

Jean-Luc Godard apparently asked that his new film “The Image Book” (Kino Lorber) be screened in small spaces, on TV screens, with speakers at a distance, so for once home video can fulfill the auteur’s request; the animated “Ruben Brandt, Collector” (Sony Pictures Home Entertainment) crams plenty of references to classical and pop art into this tale of a legendary art thief; Taiwan’s Oscar entry “The Great Buddha+” (Cheng Cheng Films) is a bleakly funny societal satire from director Huang Hsin-yao; and a couple seeking to find a surrogate get a lot more than they originally bargained for in the Polish drama “Nina” (Film Movement).

Also Read: How 'Never Look Away' Juggled Art, Love and the Madness of German History

One of 2018’s best documentaries was Sandra Luckow’s “That Way Madness Lies…” (First Run Features), the filmmaker’s examination of life with her mentally-ill brother and the repercussions his issue had on their entire family. Almost uncomfortably first-person yet unflinchingly frank and revelatory, this film takes us deep inside familial trauma with both candor and compassion.

Also available: “Bauhaus Spirit: 100 Years of Bauhaus” (Icarus Films) examines the German school of design one century after its birth and contemplates the strengths and failings of its utopian vision; America’s criminal justice system and its inequities go under the microscope in the powerful “Guilty Until Proven Guilty” (First Run Features), which also features a score by Terence Blanchard; get a close-up look – with X-rays, even – at the work of master painter Hieronymus Bosch in “Bosch: The Garden of Dreams” (Film Movement).

Narrated by its subject, now in her 90s, “Surviving Birkenau: The Dr. Susan Spatz Story” (Dreamscape Media) is a harrowing and inspiring tale of escaping the concentration camps; “The Shape of Now” (IndiePix Films) outlines Colombia’s struggle to define itself and its past following a 50-year civil war; investigative filmmaker Louis Theroux goes up against David Miscavige and one of the most secretive religions on earth in the entertaining and unusual “My Scientology Movie” (Magnolia Home Entertainment).

And for music fans, there’s a mix of genres (for both the tunes and the docs) — “Banjos, Bluegrass & Squirrel Barkers” (Backyard Green Films) tracks the roots of the SoCal bluegrass scene, while concert films “Joe Louis Walker – Viva Las Vegas Live” (Cleopatra Entertainment) and “Bachman: Special Edition” (FilmRise) show beloved performers doing what they do best.

If you’re a fan of action movies and all-star casts, look no further than “Triple Threat” (Well Go USA Entertainment). It’s mercenaries versus assassins in a saga that features Tony Jaa, Iko Uwais, Tiger Chen, Scott Adkins, Michael Jai White and Michael Bisping. And they’re all out of bubblegum.

No one comes back alive from the “Mortuary” (MVD) — which, granted, is how mortuaries generally work, but this is a Tobe Hooper movie, so it gets scary; Carol Kane lends a hand to babysitter Jill Schoelen  in “When a Stranger Calls Back” (Scream Factory), and this Blu-ray debut features 2K scans of both the theatrical and TV versions, as well as new interviews with the stars and director Fred Walton.

Also Read: Kathy Griffin Documentary 'A Hell of a Story' Acquired for One-Night Only Theatrical Release

Time for a little shameless self-promotion, but believe me when I say that I would excited about Shout Selects’ Pride Month releases even if I hadn’t been involved with some of them. I’ve been dying for a crisp Blu-ray of the campy, gorgeous “Boom!” that would also feature commentary from the film’s biggest fan, John Waters, so the fact that I’m also featured among the disc’s extras is just a cherry on top. (For the uninitiated, this is an Elizabeth Taylor-Richard Burton extravaganza based on a play by late-period Tennessee Williams. Waters has always maintained that the film is both “failed art” and “perfect,” so who are we to argue?)

I also had the privilege of conducting a commentary-track interview with actor Steven Weber about “Jeffrey,” the 1995 Paul Rudnick-scripted film that had the chutzpah to make AIDS the subject of a romantic comedy. Rounding out this collection are two more musts for the home library of a certain kind of film fan: the drag-tastic “To Wong Foo, Thanks for Everything! Julie Newmar” and the utterly outrageous Village People disaster/reason for living “Can’t Stop the Music.”

Also available: You need “Summer Stock” (Warner Archive Collection) close at hand, if only for Judy Garland singing “Get Happy” and Gene Kelly dancing with a newspaper; Kino Classics’ release of the American Film Theatre catalog with the acclaimed adaptation of Edward Albee’s “A Delicate Balance,” starring Katharine Hepburn and Lee Remick; Ionesco’s “Rhinoceros,” re-teaming Gene Wilder and Zero Mostel; and one of the jewels in the Studio Ghibli crown, “Princess Mononoke” (Studio Ghibli/GKIDS), gets a handsome “Collector’s Edition” reissue that includes Joe Hisaishi’s score, available for the first time on CD in North America.

Who says you can’t binge vintage movies? Collections RKO Classic Adventures (featuring “The Painted Desert,” “The Pay-Off,” and “The Silver Horde”) and RKO Classic Romances (“Millie,” “Kept Husbands,” “The Lady Refuses,” “The Woman Between,” and “Sin Takes a Holiday”), both from Kino Classics, will provide ample entertainment for a day on the couch; Peter Sellers and the rest of his “Goon Show” cohorts made their screen debuts in the 1951 British comedy “Penny Points to Paradise” (MVD); art and madness go side-by-side in “La Prisonnière: Woman in Chains” (Kino Classics), the final film from master filmmaker Henri-Georges Clouzot (“Diabolique,” “The Wages of Fear”).

Hugh Grant and Kristin Scott Thomas have an unforgettable ship-board encounter with Emmanuelle Seigner and Peter Coyote in Roman Polanski’s psycho-sexual freakout “Bitter Moon” (Kino Lorber); the coming-of-age drama “All About Lily Chou-Chou” (Film Movement Classics) is one of Japan’s most acclaimed films of recent vintage; before they teamed up to fight zombies, Bill Murray and Jim Jarmusch joined forces for the coming-of-old-age road saga “Broken Flowers” (Kino Lorber); if the recent documentary about director Hal Ashby whetted your appetite for his filmography, check out a new Blu-ray of his debut feature, “The Landlord” (Kino Lorber).

There’s a subset of actresses whose specialty was “suffering in mink,” and Lana Turner did so exquisitely in the Ross Hunter melodramas “Madame X” and “Portrait in Black” (both Kino Lorber); best known as the inspiration for the Kevin Costner thriller “No Way Out,” “The Big Clock” (Arrow Academy) holds its own as a noir classic, with true-crime editor Ray Milland and powerful publisher Charles Laughton playing a deadly game of cat-and-mouse; long unavailable on video in the U.S. — and I know, because I loaned out my VHS tape back in the ’90s and never got it back — Jacques Rivette’s audacious, controversial “The Nun” (Kino Classics) finally arrives on Blu-ray.

Anyone with the gall to attempt a TV prequel in the future would do well to study “Better Call Saul”: Season Four (Sony Pictures Home Entertainment), which continues to take its plot and characters into fascinating unpredictable directions, even as it heads inexorably toward the events of “Breaking Bad.” This collection features commentaries on every episode as well as an in-depth look at Kim Wexler, one of the show’s most fascinating characters and one that has allowed Rhea Seehorn to give one of contemporary television’s most intricate and fascinating performances.