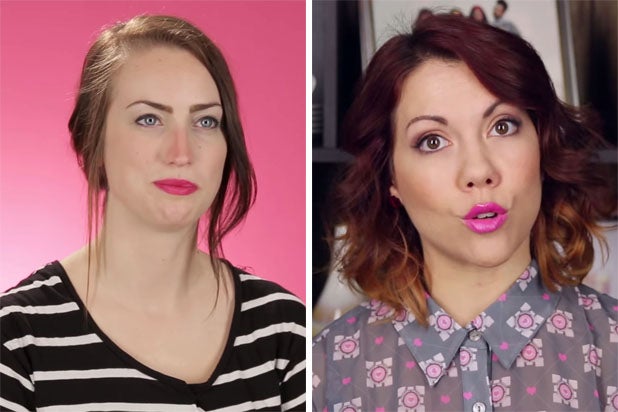 BuzzFeed has been in the media spotlight recently and it’s not because captivating listicles or cute Corgi videos, but over the company’s recent firing of two of its staffers.

Jenny Lorenzo was one of the two comedians who was let go over breaking a non-compete clause in her contract with BuzzFeed. Fortunately, the former BuzzFeed employee found a replacement for her job pretty quickly.

Lorenzo announced on her Facebook page that she will now be working as a video producer at We Are Mitú, a company that brands itself as the voice of young Latinos. She ended her post with a smart remark that we can only guess is aimed at her previous employer.

“Oh, and don’t worry. I get to work on any creative projects outside of work. Including Geekgasm,” wrote Lorenzo.

Brittany Ashley, the other employee who was terminated, was unavailable for comment due to her non-disclosure agreement with BuzzFeed.

The company fired Ashley and Lorenzo, two actors that frequently appear on BuzzFeed’s videos, after they apparently breached their contract with the company. Ashley and Lorenzo appeared in America Ferrera‘s “Gente-Fied,” a web series focusing on a Latino community tackling the problems of gentrification.

President of BuzzFeed Motion Pictures, Ze Frank, released a memo that detailed the exclusivity clause in the contract:

Ownership of Content. The work created by you and the collaborative teams you’re a part of while at the company is owned by BuzzFeed. As is standard across tech and media companies, BuzzFeed owns the work that you, our employees, create. It enables us to create a culture where ideas are easily shared and adapted, and where we can use our successes to grow our business and fund new areas of experimentation.

Exclusivity. You cannot work for anyone else while you work for us unless you ask permission for an exception. An approval process allows BuzzFeed to assess whether the proposed outside work will interfere or compete with your work at BuzzFeed. In addition, you cannot work on personal projects outside of BuzzFeed that impact your ability to work for us.

A representative for BuzzFeed did not immediately respond to TheWrap’s request for comment.