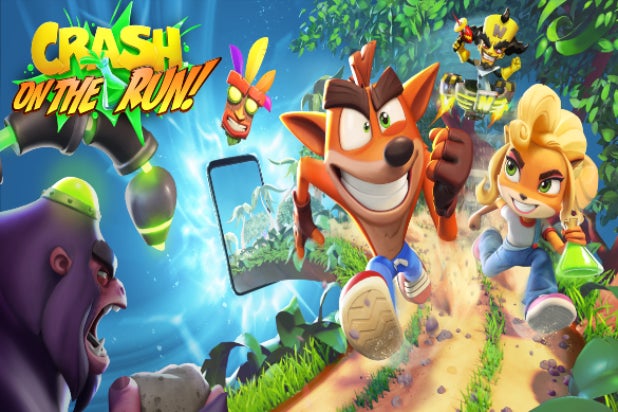 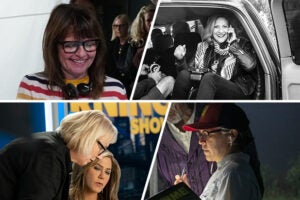 What’s Next for the Maker of ‘Candy Crush’?

The worldwide rise in players downloading mobile games during the pandemic has the maker of popular “Candy Crush” games gearing up to revive “Crash Bandicoot” to create the first runner-style game in hopes the legacy franchise will attract a new audience.

The first “Crash Bandicoot” game launched in 1996 from developer Naughty Dog, which eventually also gained acclaim for “The Last of Us” series. Fans over the last 14 years have become obsessed with the animated bandicoot, leading to 22 “Crash” games and spin-offs to-date on both mobile and console.

An Activision Blizzard company since it was acquired for $5.8 billion in 2016, King Digital Entertainment is based in Stockholm, Sweden and its employees are all working remotely. It has more than 20 mobile games available on app stores and its new title in the works —  “Crash Bandicoot: On the Run” — is set to release soon.

The coronavirus pandemic has buoyed gaming companies to record revenues this year. Game analytics firm Newzoo estimated in its June report on mobile gaming that mobile games alone will generate $77.2 billion in revenue by the end of this year, an increase of roughly 13% from the year prior.

The number of smartphone users worldwide is expected to increase nearly 7% to 3.5 billion people by the end of 2020, “presenting a new pool of players and payers for the years to come,” Newzoo mobile analyst Tianyi Gu wrote.

“Simply put, mobile’s portability and accessibility have solidified the platform’s dominance even further this year, partially due to a spillover effect from internet cafes in certain markets (mostly in Asia),” Gu said.

Also Read: Microsoft, Spotify Side With Epic Games in Developer's Fight Against Apple

Two years ago at the Game Developers Conference, Jarrett also announced King revamped how it creates teams to manage projects. The game developer had previously tried to use tactics to manage projects similar to Disney’s Pixar, which appoints an elite and group of veteran employees called the “Pixar Brain Trust” to oversee creative direction on all of its films. King, instead went the opposite direction and now handles its game development through small teams dedicated to separate projects.

Jarrett spoke to TheWrap about how King and its team are working to launch a mobile game remotely, and shared his thoughts on the state of the mobile games market during COVID.

How did Activision Blizzard and King cope with the need to suddenly shift all their operations remotely, and how did your team handle the transition?

As soon as the outbreak happened, Activision was incredible, and they set everyone up working externally. But to be honest it hasn’t affected our timeline at all. We’ve been working remotely for a couple of months now and we’re still on track to meet all our milestones. I was talking to the team about this (recently), and I think it’s actually made us closer as a team, strangely. We’ve got all these chats, and we’re always playing. One of the things we did in the office was we constantly would play the “Crash Bandicoot” game and around our desks we would constantly have playthroughs of the games running because we wanted to eat, sleep and breathe it. We still try and do that, and we have streams where we can go and watch the game being played.

We’ve come to the realization that we will release this game working remotely, and it’s been obviously a strange ride, but it’s going really well so far.

King has gone through a few structural changes in the last couple years. How has that impacted your work producing games?

I’ve been at King for six years now and one of the things I really love about it is that we’re always trying to find new ways to do things, always looking at how we’ve done things in the past and is there a way to change it. The biggest change we made recently was instead of making lots and lots of new games, we would take a few people and build incredibly strong teams around those people and do some high-quality projects. The biggest change we made in the last couple of years was to try out to build really strong teams around certain individuals in the company that are veterans on games.

Mobile gaming has seen an uptick in both users and revenue since the pandemic. Has King and its slate of casual games benefited from that?

It’s been an upward trend for quite a while now, and I think mobile games are also this great form of entertainment to help people relax and escape the stress of everyday life. In times of stress if you want to turn to a game, it’s games that we love, and that’s what we want to create. I think that’s why people turn to mobile games companies and companies like King, which are companies they trust that make games they love.

What’s the importance of social components in mobile gaming?

When you’re creating a new mobile game in big markets you’ve got to think about, how can this game sustain for years and years. And in doing that, I think social is kind of a way to keep that going. So we made sure to add social throughout the experience, so it doesn’t feel loaded-on. It’s connected to the core of the game.

Tell us about the advantages of using a decades-old piece of IP to create a new mobile game. How did King use that existing lore?

There is so much we want to put into this game. We have 20 years of history to pull from. I’ve gone through all these different fan sites to find forgotten characters that people really love — and doing that builds up that relationship and an element of trust. I think that’s what you have to do nowadays, especially if you’re a mobile game that’s meant to last years. The only way it can last years is growing within a community that plays games.

What was a really nice thing was that as soon as we started working on the game we had all the other studios contact us, like Vicarious Visions and Beenox and say, ‘Welcome to the family,’ and they were super helpful along the way, giving us lots of tips and helping us with the lore.

What was the motivation for creating this type of game for King?

We really wanted to elevate the runner experience. We love runner games, but I always felt they lacked a sense of progression and strong social mechanics. Originally we created an early prototype that wasn’t “Crash,”‘ and then when we had the opportunity to actually make this into a “Crash” game it just exploded because we were able to then layer in all this history and different mechanics on top of the base-building and new gameplay. It fit really well together.