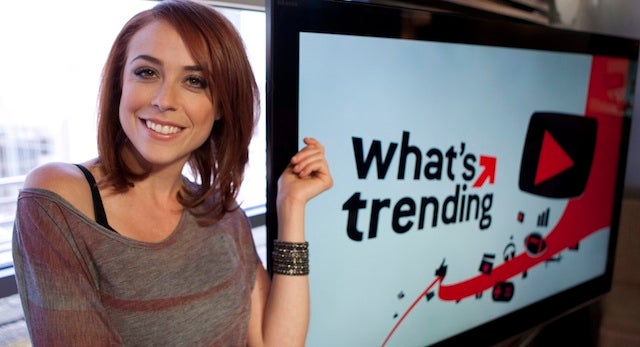 Bedrocket Media Ventures has invested seven figures in What’s Trending, the company that runs the Emmy-nominated webcast of the same name, the companies announced.

Bedrocket will take an ownership stake of indeterminate amount and will also sell advertisements for the show, created by Shira Lazar and Damon Berger. Further details on the deal were not disclosed.

Every day at 3 p.m. ET/noon PT, Lazar talks with celebrity panelists about the top videos and stories of the day – most of it coming from the most buzzed about content on YouTube. The show earned a Primetime Emmy nomination in 2012 for Creative Achievement in Interactive Media.

Bedrocket has been pursuing an investment for several weeks, and its interest prompted others, including the recently enriched network Fullscreen, to weigh bids before Bedrock locked up the What's Trending deal.

"Shira and Damon have built a really exciting brand that is fan, talent and brand friendly," Brian Bedol, founder and CEO of Bedrocket, said in an email to TheWrap. "I've admired their work for quite some time and after initial conversations, it seemed clear that the timing was right for us to support their vision through our investment."

In an additional statement, Bedol said Lazar and Berger's ability to guide people "to what they really want" on YouTube is "a service that's needed more than ever."

Lazar and Berger co-founded "What's Trending" in May 2011 as a weekly CBS News webcast, stumbling a few months later when a young staffer mistakenly tweeted Steve Jobs' death. In 2012, "What's Trending" relaunched with funding from YouTube.

With the cost of daily production and a big staff, the pair had to look outside for money and locked the deal with Bedrocket. The money will enable them to explore moving the show onto new platforms and expand into new areas.

“This opportunity allows us to expand the What’s Trending brand in new ways that will excite and engage our audience across multiple platforms and around the world.” Lazar said in a statement. “We are committed to delivering our growing audience only the content they want to see and showcasing in a unique way.”